OAKLAND, Calif. - Oakland-born Tadashi Yoshii has had much to celebrate in his long life, with his family being among his greatest joys. 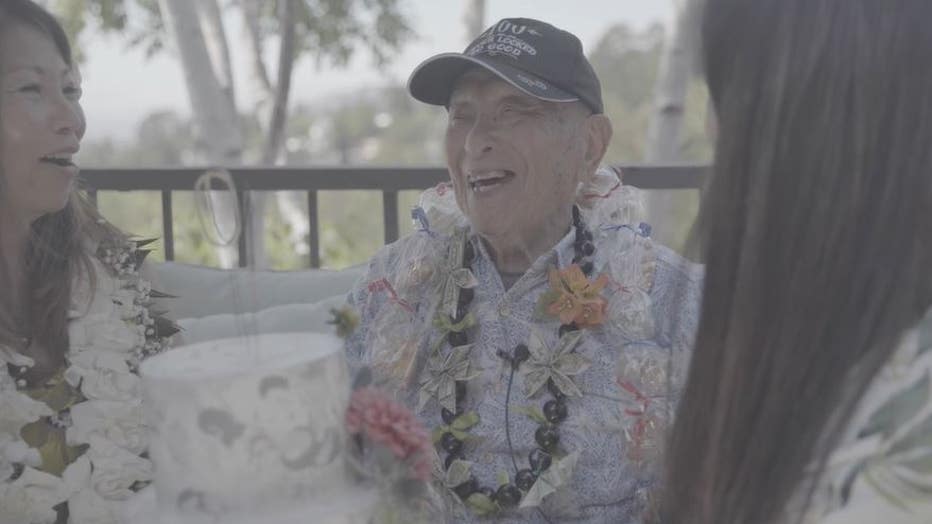 The World War II internment camp survivor will turn 100 on Wednesday, and over the weekend, his family gathered by his side to mark the milestone occasion.

Yoshii, known as "Tad" to family and friends, arrived for his party with his adoring family waiting for him, as they placed a birthday crown on the guest of honor and draped a flower lei around his neck. 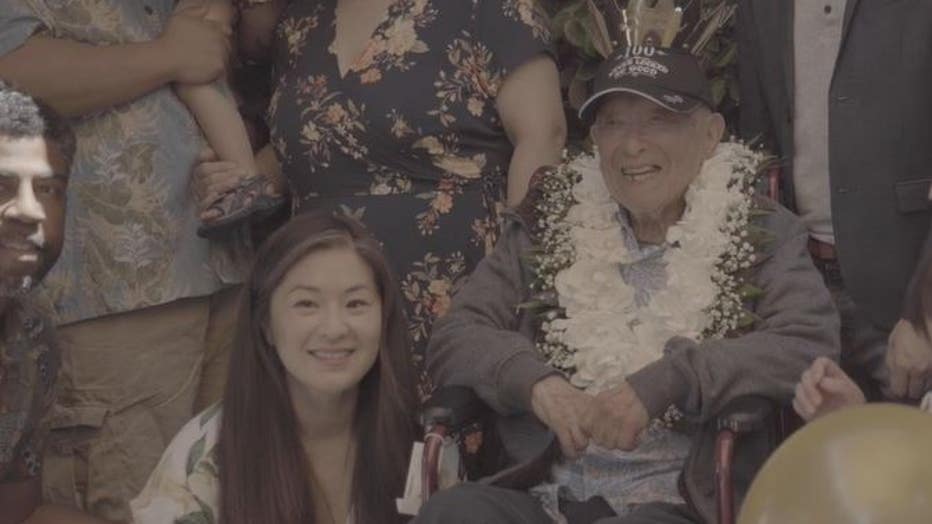 The party almost didn’t happen, as only one week prior, he’d been hospitalized for almost a week at Alta Bates in Berkeley after complaining of pain in his arm. 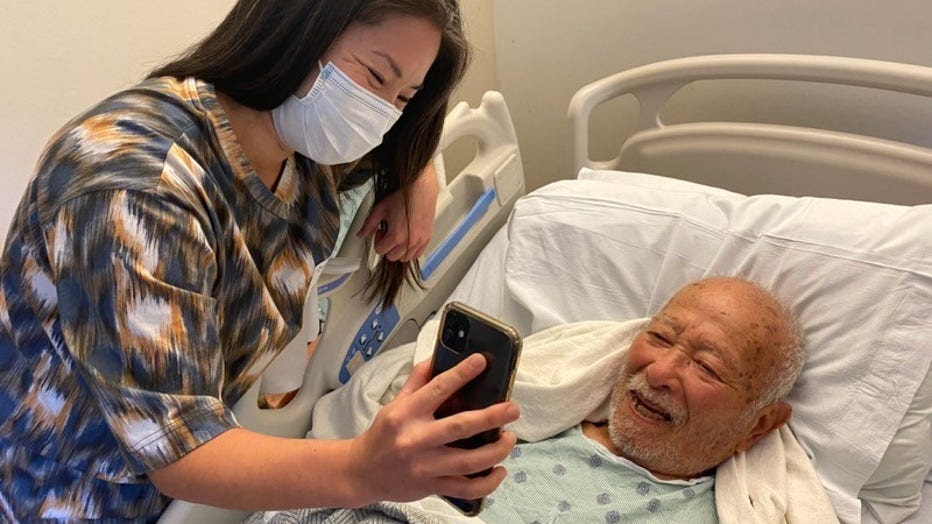 A week before Tad Yoshii's 100 birthday celebration on July 24, 2021, he had been hospitalized at Alta Bates in Berkeley.  (Sachi Yoshii )

But as the planned birthday gathering approached, and family members asked whether he was still up for the event, the near centenarian responded with his hallmark humor and said, "Well, I’m pretty sure I’ll be alive then. So let’s have a party!"

So they did. And they celebrated a remarkable, long and rich life that demonstrated grace and resilience. It was also marked with an indelible period when he and his family were moved from their Bay Area home and placed in the Topaz internment camp near Delta, Utah, in 1942.

One of his grandchildren, Sachi Yoshii, recounted events from that part of his life and shared with KTVU how it was also during that time while he was interned, that her grandfather decided to enlist in the U.S. army. 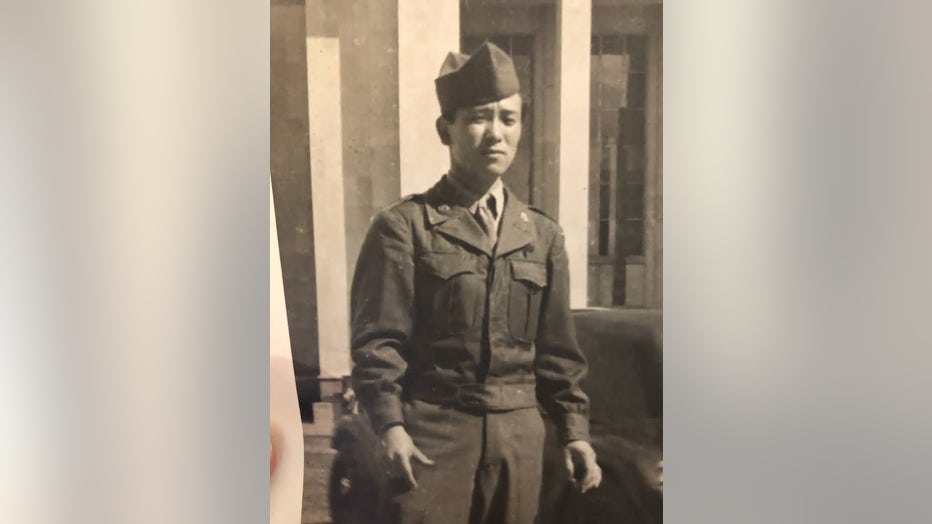 Photo of Tad Yoshii as U.S. soldier. In 1944, he enlisted in the army while being interned at the Topaz War Relocation Center in Utah.  (Yoshii Family )

He was 23-years-old, his own brother, Kiyoshi, had served overseas and returned as a wounded soldier. Yet he still enlisted and went on to serve in Paris and Belgium, where he was ultimately assigned to non-combat duties.

In 1946, Tad Yoshii returned to the U.S., settled back in Utah, but eventually found his way back to the Bay Area. "He then met up with his family at the Richmond housing projects where JA [Japanese-American] families without housing lived after WWII," Sachi Yoshii explained.

It was there in the housing project that he would meet Lily Sakamoto, the woman who would become his wife of nearly 70 years.

The long and cherished union was remembered and celebrated during the 100th birthday party, with black and white photos of the couple prominently displayed. 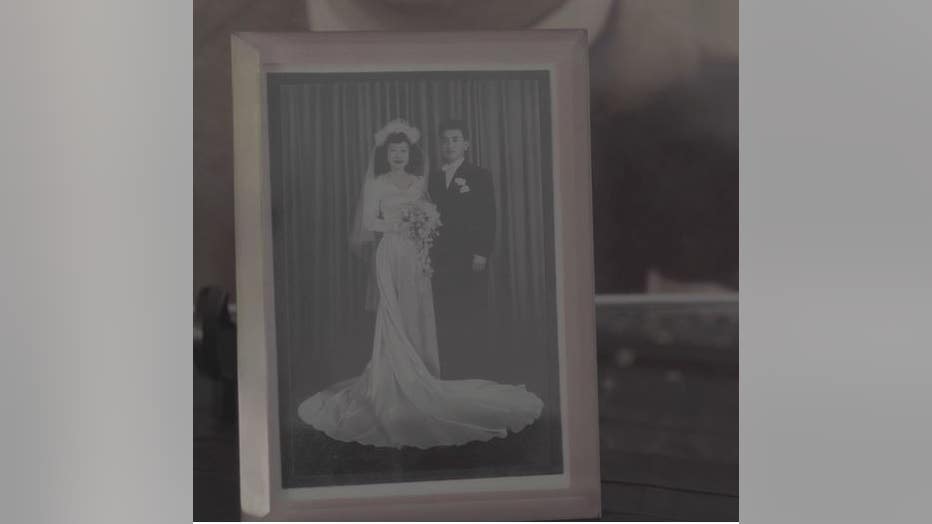 Tad and Lily Yoshii would go on to raise a family in El Cerrito and bought a house there despite barriers to do so for Japanese-Americans post war. Tad was well known in the community as he worked at a local produce for many years. The Yoshiis had two sons and a daughter who would later bring them seven grandchildren and two great grandchildren.

To all those who knew the couple, the Yoshiis would be the pair that was inseparable. Sachi Yoshii remembered her grandparents as doing "everything together: tennis, bowling, traveling, and just everyone knew about them," she recalled of her grandparents’ relationship.

When his wife became ill, he took care of her, something he did well, as he also cared for his own mother and mother-in-law during their advanced years.

The role of caretaker would be another hallmark trait.

"When my grandmother got sick, she slowly got sick, and my grandfather took the best care of her," the granddaughter said. 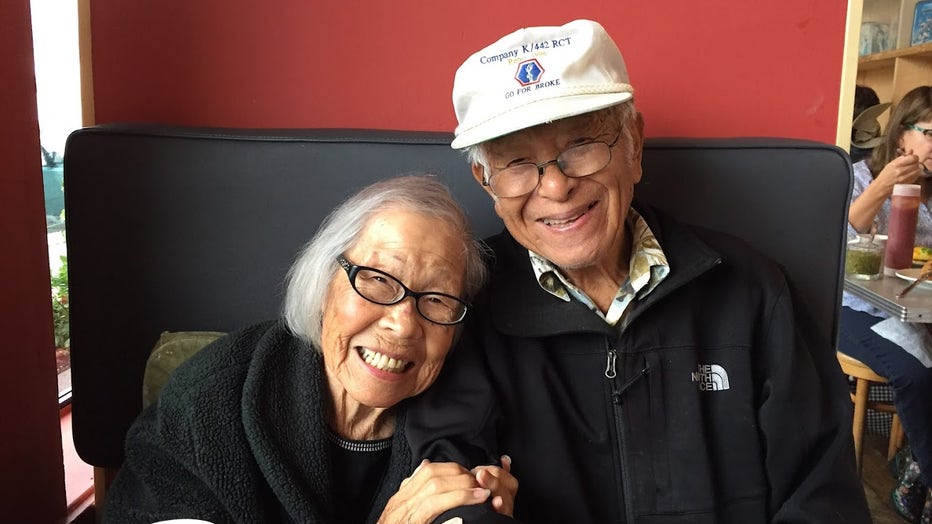 Tad Yoshii with his late wife, Lily, who passed away in 2017.

So when Lily Yoshii passed away in 2017, her widower’s heart broke. "He was devastated," Sachi Yoshii recalled. "For a while he visited her grave every day."

But he would continue and remain in the El Cerrito home where the two had built their life together. At nearly 100, it’s still where he calls home and where he’s visited by family members nearly every day.

Tad Yoshii, always known to love the company of friends and family, was in his element on Saturday as those who came to celebrate him shared stories and heard him joke about his age. 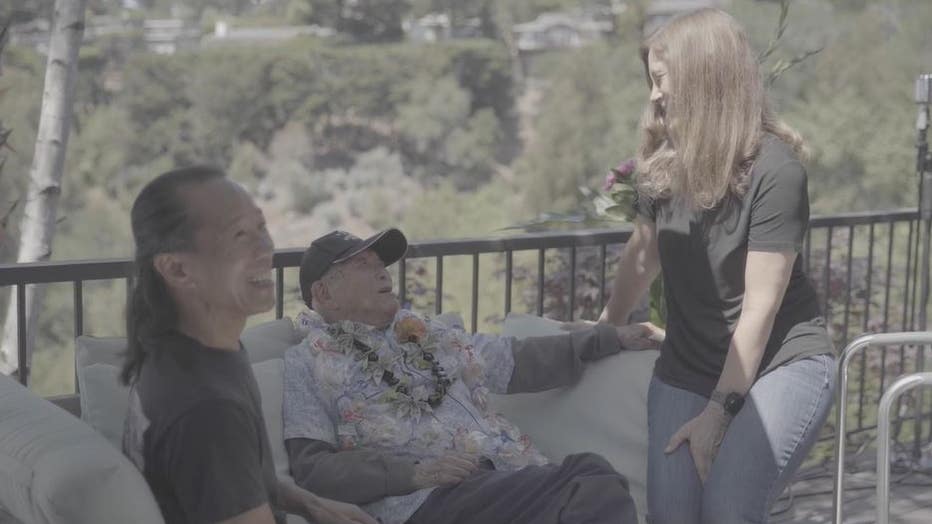 "In his 100 years, he is most grateful for his family," his granddaughter said, adding, "particularly his parents and older brother Kiyoshi."

And the secrets to his longevity, his family said was that he’s always believed you should "never back down, never let anyone boss you around." Also, he believed in the importance of keeping active and eating well. 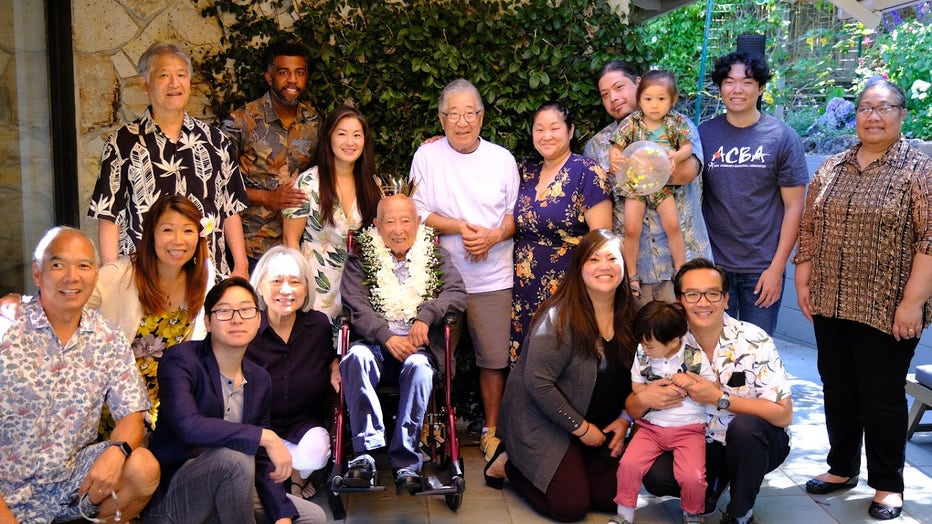