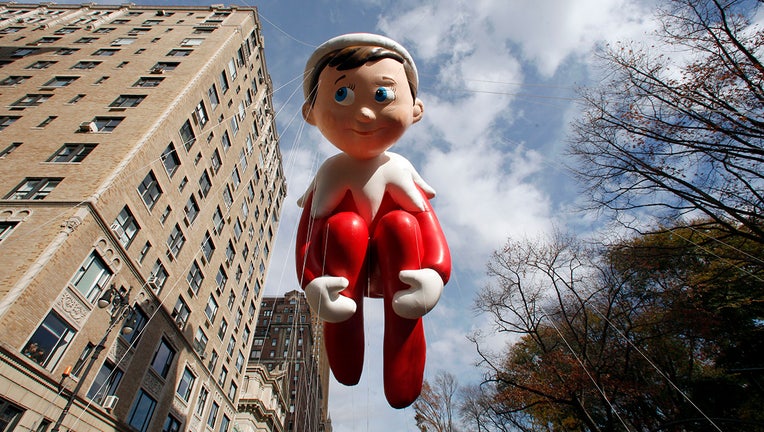 The Elf on the Shelf balloon floats down Central Park West in the Macy's Thanksgiving Day Parade in New York, November 26, 2015. (Photo by Gary Hershorn/Corbis via Getty Images)

Santa's little helper may be notably absent for Christmas this year as a Georgia judge jokingly banned the Elf on a Shelf.

Taking to Twitter, Cobb County Superior Court Chief Judge Robert Leonard offered parents a "gift" to remove the iconic Elf, who is traditionally moved throughout the home to determine whether a child has been naughty or nice, from this year's decorations.

"Tired of living in Elf on the Shelf tyranny? Not looking forward to the Elf forgetting to move and causing your kids emotional distress? I am a public servant and will take the heat for you. My gift to tired parents," Leonard said in a tweet Thursday.

"Inexplicably, Elves sometimes move and don't move overnight. When those Elves do not move, it leaves our children of tender years in states of extreme emotional distress," the judge continued.

In the order, Leonard cited elven "tyranny" and a "horrific incident" involving an Elf in his own home.

"Three children were sent to school in tears, with one child being labeled an ‘Elf Murderer’ and accused of making the elf ‘lose his magic.’ The Court has no doubt the day of education was lost to everyone," the judge recalled.

Leonard also cited the ongoing pandemic and "supply chain issues" before ordering Elf on the Shelf toys to be removed from Cobb County.

"P.S. - If you love your elf, keep your elf. No contempt," the judge added. "I love the elf, and our local company that has so generously supported so many local charities and done amazing things in our community."

The order was mostly well-received online, with some people even calling for their local legal system to enact similar bans.