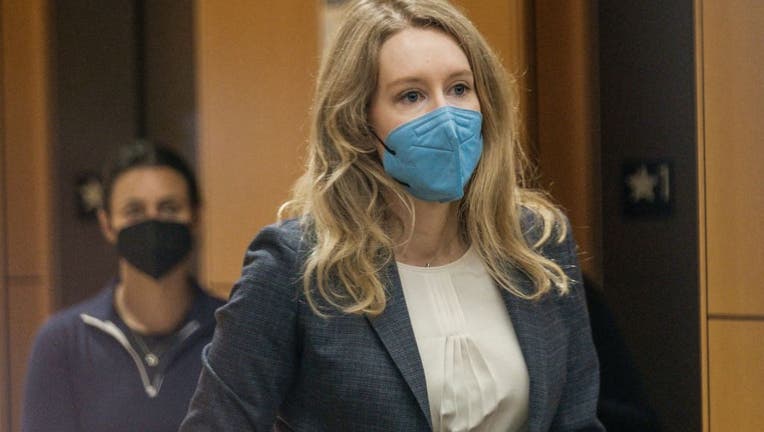 Elizabeth Holmes, the founder and former CEO of blood testing and life sciences company Theranos, arrives for the first day of her fraud trial. (Photo by Nick Otto / AFP) (Photo by NICK OTTO/AFP via Getty Images)

Whistleblower Erika Cheung was set to take the stand under cross examination from the defense on her third day of testimony.

Follow below for live updates about the trial of Holmes from KTVU's Evan Sernoffsky who is reporting from federal court in San Jose. (App users click here to follow the blog.

Holmes is charged with 12 counts of fraud and conspiracy along with co-defendant "Sunny" Balwani.

The government alleges Holmes and Balwani misled investors about their blood testing technology, helping them raise more than $700 million in investment capital for a technology that never worked as they claimed.