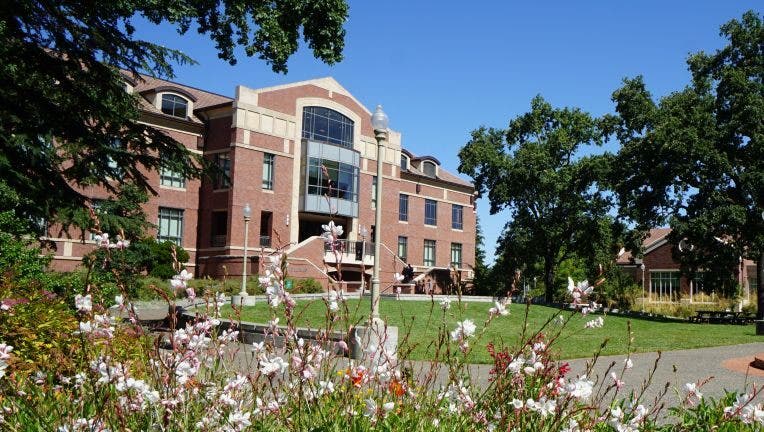 OAKLAND, Calif. - In a dramatic illustration of the impact of the pandemic on many students' college plans, enrollments at California's community colleges are down an average of 11 percent to 12 percent systemwide, far higher than the preliminary estimates of 5 percent to 7 percent after schools opened last fall.

According to a memo sent to the board of governors of the 116 community college system, the decline in student headcounts -- referring to the total number of both part-time and full-time students -- in some colleges ranged from 30 percent to 50 percent.

The board will consider the issue at its meeting to be held on Monday and Tuesday next week.

Presented by vice chancellors Marty Alvarado and Lizette Navarette, the memo described the declines in stark terms, including suggesting that the existence of some of the colleges with the steepest declines could be at risk.

"These declines represent a significant challenge for the system overall, and potential future threat to individual viability barring significant local efforts to remain student centered," the memo stated, without naming any individual colleges.

The greatest declines have been among older students, male students and first-time students.

In total, the chancellor's office is now estimating that there was a decline across the state of nearly 187,000 students compared to fall 2019.

It's the latest evidence that, among California's higher education systems, it is the state's 116 community colleges and the students they enroll that have suffered the most during the coronavirus pandemic.

The latest figures are not final numbers. A few colleges have not finished reporting their enrollment figures.

"The types of students that we serve in our system -- underrepresented people of color, first-generation college students, student parents -- are the types of people that the pandemic had the greatest impacts on," said John Hetts, who oversees data research for the system.

The colleges saw enrollment declines in the fall among students of all races and ethnicities, but especially among Black, Native American and Latino students.

Black students declined by 15 percent, Native American students by 18 percent and Latino students by 12 percent, according to the chancellor's office's latest estimates.

There are likely a number of reasons that students are enrolling at lower rates.

Regardless of the causes, the board memo from the chancellor's office suggested there would be no easy fix to the problem.

"Enrollment will continue to be a significant ongoing problem that needs the system's full attention and strategic planning," it stated. "Pandemic-era and post-pandemic planning cannot be approached in the traditional fashion." Rather, it advised the board that "more must and should be done to attract post-traditional learners."

Since last year, community colleges in California have been trying to engage former students with marketing campaigns and by reaching out directly to them with phone calls and emails.

The state Legislature last month also approved $20 million meant to support those efforts and help colleges reengage students who have either dropped out or are at risk of leaving.

But whether the colleges can truly begin to bring those students back may depend on when they can significantly increase the number of in-person classes they offer.

If there continues to be semesters with mostly distance learning, reversing the enrollments may "be more challenging," Hetts said. "But right now I think we are in a good place with the right support from the state, and I'm reasonably optimistic that we'll be able to weather this."

There were also significant downturns in the number of male students and older students that enrolled last fall.

Male students declined by about 18 percent, compared to an 8 percent decline among female students. Students who are 35 and older also decreased by 23 percent or more. First-time students decreased more than continuing students.

First-time students are students who enroll out of high school or any other student who enrolls in college for the first time. Those students declined by 18 percent in the fall, according to the estimates.

Hetts said that should be attributed at least in part to the uncertainty that the pandemic brought.

"I think one of the things that happens is when you haven't yet decided to do something, and you're facing that level of uncertainty, it's hard to get started," he said. "It's hard to lean into that uncertainty."

Still, the number of continuing students also declined, dropping about 9 percent compared to fall 2019. Among the colleges that lost 30 percent to 50 percent of students, the most noticeable trend is that many of them are the state's smaller colleges, including some rural colleges like ones in Northern California near the border with Oregon, Hetts said.

Since those colleges are small, losing even 1,000 students translates to a significant percentage decline. "Because they're smaller colleges, they're going to vary more," Hetts added.