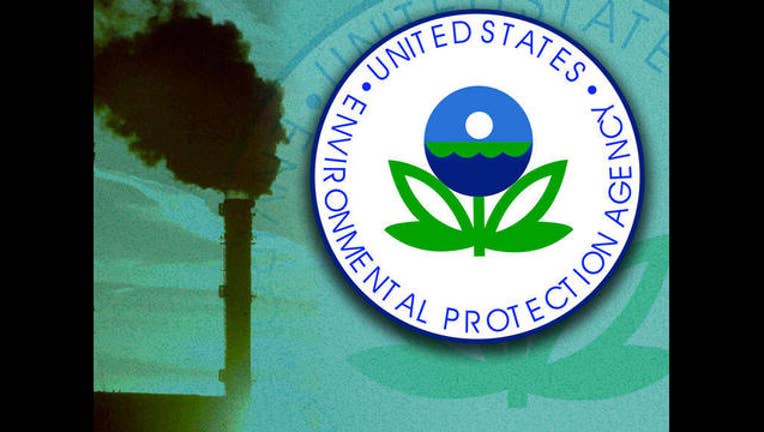 WASHINGTON (AP) -- The Trump administration would slash programs aimed at slowing climate change and improving water safety and air quality, while eliminating thousands of jobs, according to a draft of the Environmental Protection Agency budget proposal obtained by The Associated Press.

Under the tentative plan from the Office of Management and Budget, the agency's funding would be reduced by roughly 25 percent and about 3,000 jobs would be cut, about 19 percent of the agency's staff.

President Donald Trump has said he plans to pay for billions of dollars more for the military by cutting spending on domestic agencies and departments. Trump plans to submit his budget to Congress the week of March 13.

A spokesperson for the EPA declined to comment. The agency had the opportunity to respond to the initial proposal, and any final plan would be subject to congressional approval, which likely is months away at the earliest.

The EPA is now under the leadership of Scott Pruitt, a former state attorney general for Oklahoma, who has questioned the scientific consensus that human activities are contributing to global warming and joined lawsuits against the agency's emission curbs.

Proposed cuts include reducing the climate protection budget by nearly 70 percent to $29 million, the Great Lakes Restoration Initiative by 97 percent to $10 million and environmental justice programs by 79 percent to $1.5 million.

Also targeted for steep spending rollbacks are the agency's monitoring and enforcement of compliance with environmental laws, as well as regional projects intended to benefit degraded areas such as the Chesapeake Bay, Puget Sound and the Gulf of Mexico. A program dealing with San Francisco Bay that received $4.8 million last year would be eliminated, as would initiatives for reducing diesel emissions and beach water quality testing.

"It shows the Trump administration doesn't hold the same American values for clean air, clean water and healthy land as the vast majority of its citizens," McCarthy said in a statement. "Our health comes before the special interests of multibillion-dollar industries."

Environmental groups said the proposed cuts would threaten thousands of jobs and could harm health and safety protections for millions of Americans. The proposals would especially affect programs to address climate change and enforce clean air and water laws, they said.

"If Donald Trump and Scott Pruitt are serious about ending the national scandal that is EPA, they will accept nothing less than a 20 percent cut this year and make this year's cut the first step in a five-year plan to replace the organization," said Joseph Bast, the group's president.

The proposal would all but eliminate funding for the Great Lakes Restoration Initiative, a wide-ranging cleanup of the world's largest surface freshwater system that has deep bipartisan support across the eight states adjacent to the lakes, from Minnesota to New York. The program has received around $300 million annually from the federal budget during former President Barack Obama's tenure -- more than $2.2 billion in all. Under the Trump proposal, it would get only $10 million.

"This initiative has been critical to cleaning up our Great Lakes and waterways, restoring fish and wildlife habitats, and fighting invasive species, like Asian carp," Stabenow said. "I call on President Trump to reverse course on these harmful decisions."

Congress in December authorized continuing the program through 2021 at $300 million a year, although separate annual votes are needed to provide the money. In a Feb. 8 letter to Trump, the 20-member Congressional Great Lakes Task Force called for maintaining current funding. Among House members signing it were Republicans Bill Huizenga of Michigan, Sean Duffy of Wisconsin and David Joyce of Ohio.