A top European Union official warned Elon Musk on Wednesday that Twitter needs to beef up measures to protect users from hate speech, misinformation and other harmful content to avoid violating new rules that threaten tech giants with big fines or even a ban in the 27-nation bloc.

Thierry Breton, the EU's commissioner for digital policy, told the billionaire Tesla CEO that the social media platform will have to significantly increase efforts to comply with the new rules, known as the Digital Services Act, set to take effect next year.

The two held a video call to discuss Twitter's preparedness for the law, which will require tech companies to better police their platforms for material that, for instance, promotes terrorism, child sexual abuse, hate speech and commercial scams.

It’s part of a new digital rulebook that has made Europe the global leader in the push to rein in the power of social media companies, potentially setting up a clash with Musk’s vision for a more unfettered Twitter. U.S. Treasury Secretary Janet Yellen also said Wednesday that an investigation into Musk's $44 billion purchase was not off the table.

Breton said he was pleased to hear that Musk considers the EU rules "a sensible approach to implement on a worldwide basis." 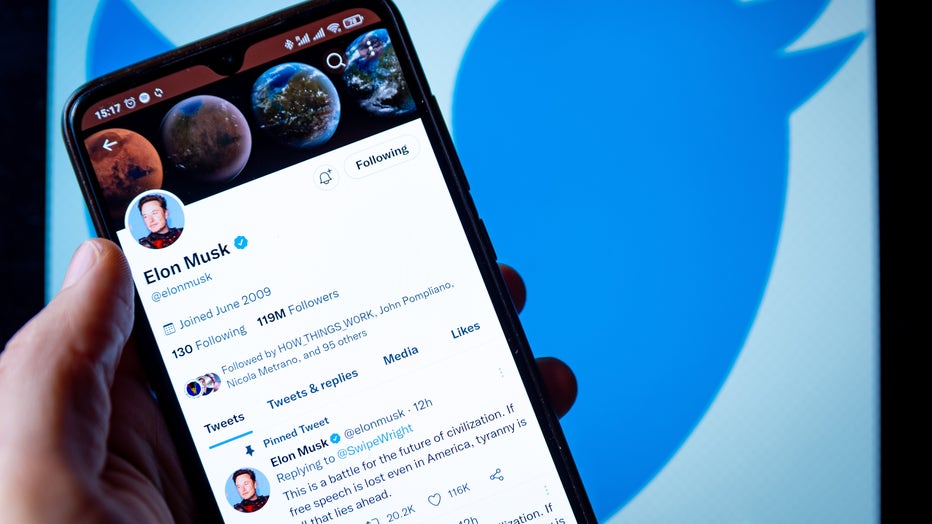 In this photo illustration, Billionaire entrepreneur Elon Musk's Twitter page seen displayed on a smartphone and the Twitter logo in the background. (Photo Illustration by Davide Bonaldo/SOPA Images/LightRocket via Getty Images)

"But let’s also be clear that there is still huge work ahead," Musk said, according to a readout of the call released by Breton’s office. "Twitter will have to implement transparent user policies, significantly reinforce content moderation and protect freedom of speech, tackle disinformation with resolve, and limit targeted advertising."

After Musk, a self-described "free speech absolutist," bought Twitter a month ago, groups that monitor the platform for racist, antisemitic and other toxic speech, such the Cyber Civil Rights Initiative, say it’s been on the rise on the world’s de facto digital public square.

Musk has signaled an interest in rolling back many of Twitter’s previous rules meant to combat misinformation, most recently by abandoning enforcement of its COVID-19 misinformation policy. He already reinstated some high-profile accounts that had violated Twitter’s content rules and had promised a "general amnesty" restoring most suspended accounts starting this week.

Twitter didn’t respond to an email request for comment. In a separate blog post Wednesday, the company said "human safety" is its top priority and that its trust and safety team "continues its diligent work to keep the platform safe from hateful conduct, abusive behavior, and any violation of Twitter’s rules."

Musk, however, has laid off half the company’s 7,500-person workforce, along with an untold number of contractors responsible for content moderation. Many others have resigned, including the company’s head of trust and safety. 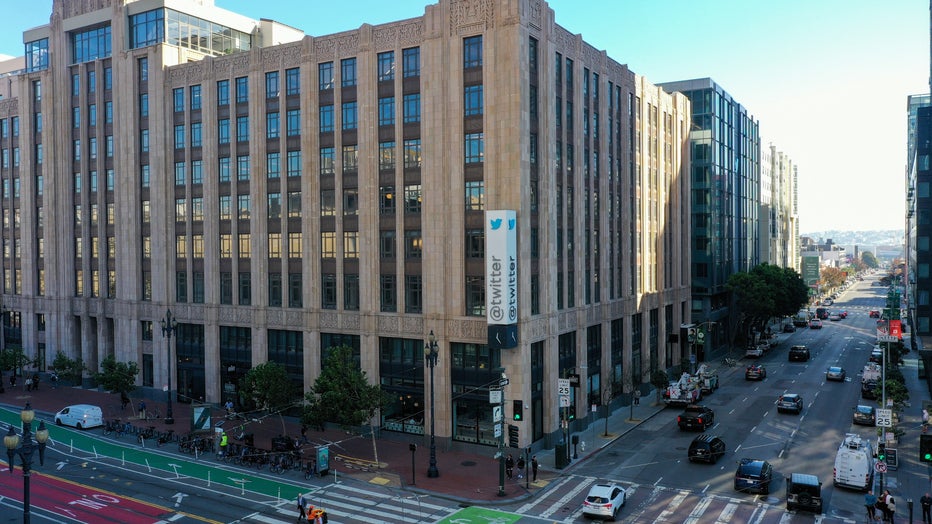 In the call Wednesday, Musk agreed to let the EU's executive Commission carry out a "stress test" at Twitter’s headquarters early next year to help the platform comply with the new rules ahead of schedule, the readout said.

That will also help the company prepare for an "extensive independent audit" as required by the new law, which is aimed at protecting internet users from illegal content and reducing the spread of harmful but legal material.

Violations could result in huge fines of up to 6% of a company’s annual global revenue or even a ban on operating in the European Union's single market.

Along with European regulators, Musk risks running afoul of Apple and Google, which power most of the world’s smartphones. Both have stringent policies against misinformation, hate speech and other misconduct, previously enforced to boot apps like the social media platform Parler from their devices. Apps must also meet certain data security, privacy and performance standards.

Musk tweeted without providing evidence this week that Apple "threatened to withhold Twitter from its App Store, but won’t tell us why." Apple hasn’t commented but Musk backtracked on his claim Wednesday, saying he met with Apple CEO Tim Cook who "was clear that Apple never considered" removing Twitter.

READ MORE: Elon Musk on why Alex Jones' Twitter won't be activated: 'My firstborn child died in my arms'

"I misspoke," she said at The New York Times’ DealBook Summit on Wednesday, referring to a CBS interview this month where she said there was "no basis" to review the Twitter purchase.

The Treasury secretary oversees the Committee on Foreign Investment in the United States, an interagency committee that investigates the national security risks from foreign investments in American firms.

"If there are such risks, it would be appropriate for the Treasury to have a look," Yellen told The New York Times.

She declined to confirm whether CFIUS is currently investigating Musk’s Twitter purchase.