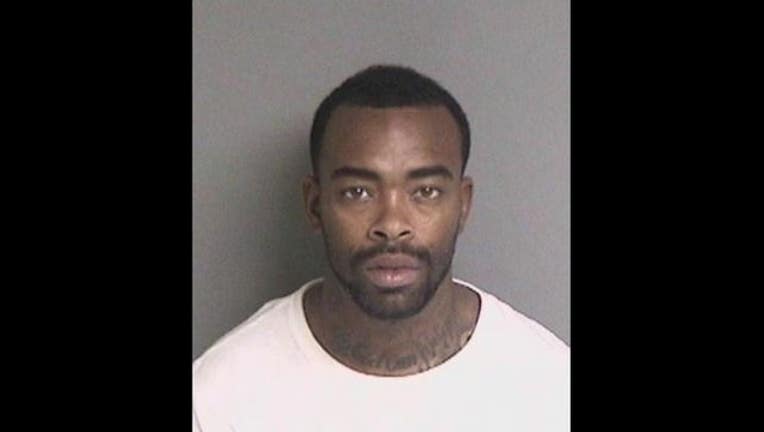 OAKLAND (BCN) - An unemployed ex-felon with five prior felony convictions was charged Wednesday with three counts of murder for allegedly fatally shooting three men in West Oakland earlier this month.

Antonio Durant, 26, also was charged with the special circumstance of committing multiple murders, an allegation that means he could face the death penalty for the shooting in the 1000 block of Center Street, about three blocks from the West Oakland BART station, shortly before 9 p.m. on Jan. 4.

In addition, he was charged with two counts of shooting at an occupied vehicle and one count of being an ex-felon in possession of a firearm.

Police said two of the victims were in a parked car and a third was standing outside the vehicle when the shooting occurred shortly before 9 p.m.

Killed in the shooting were Gino Houchins, 21, of Vallejo, Marcus Fuller Jr., 29, and Dante Johnson, 31, both of Oakland.

A motive for the shooting hasn't yet been disclosed.

Oakland police Officer Jason Turner wrote in a probable cause statement that Durant was arrested at about 11:30 a.m. last Friday morning after a high-speed police chase that ended with him crashing into a power pole at Mountain Boulevard and Mountain View Avenue after he exited the Seminary Avenue exit from westbound Interstate Highway 580 in the Oakland hills.

Police said a second suspect was arrested at about 3:30 p.m. Friday.

The suspect ran into a backyard, discarded clothing and emerged on the other side of the block. The suspect returned 90 minutes later, re-gathered the clothes and placed them in a garbage can at that location, according to Turner.

An arrest warrant was issued for Durant after the clothing was analyzed for DNA and a DNA profile showed Durant's DNA on the clothing, according to Turner.

After Durant was arrested, he admitted that he returned to the crime scene to gather the clothing but denied killing anyone, Turner wrote.

Durant has prior convictions for assault with a deadly weapon, first-degree residential robbery, second-degree robbery and two counts of being an ex-felon in possession of a gun.

He allegedly carried out the shooting while he was on five years' probation for his assault with a deadly weapon conviction on May 19, 2016.