Over the course of eight months, KTVU has spoken with more than three dozen women who say they have been sexually assaulted or witnessed such abuse at FCI Dublin. Many who spoke up were retaliated against.

OAKLAND, Calif. - Attorneys are arguing over how many explicit photos is too many for a jury to see in the federal trial of a former FCI Dublin prison warden accused of abusing incarcerated women in his charge.

The warden's defense team is opposed to letting a jury see 27 pictures of Ray J. Garcia's penis, as well as other photos of naked women and candy, as his sex abuse trial is set to begin later this month.

The prosecution contends all the photos included in the 315 exhibits are relevant, especially since they anticipate that Garcia's defense team will try to discredit the incarcerated women because they have all been convicted of felonies.

This week, however, U.S. District Court Judge Yvonne Gonzalez Rogers ruled that she will make a decision about how many penis photographs can be admitted into evidence based on the context the prosecutor's provide her during the Nov. 28 trial – and not beforehand as the defense had requested. She made the same ruling for all the other photographs as well.

Garcia was charged with the sexual abuse of a ward and conducting abusive sexual contact with three incarcerated women – and then lying about it -- while he was associate warden before being promoted to warden in November 2020. For two years before his arrest, Garcia led training on the Prison Rape Elimination Act and trained all newly arrived supervisors on these procedures and policies. Garcia retired on Oct. 31, 2021.

His attorney, James Reilly of San Rafael, is not contesting that the 27 photos of his client's penis are fake or that the scenes didn't occur.

Instead, in court documents, Reilly objects to the government submitting more than "two or three" pictures taken during a video chat between Garcia and one of the incarcerated sex abuse survivors, identified as Victim 3. 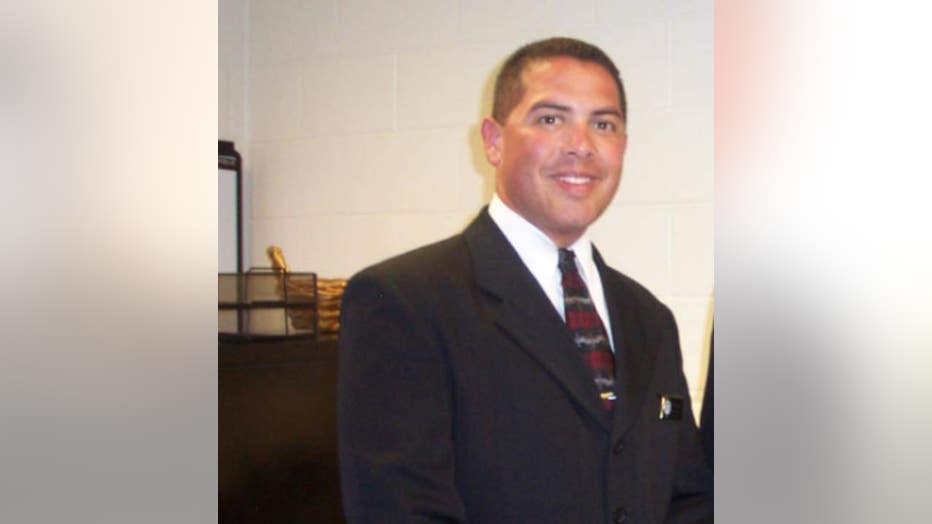 And those aren't the only photos that are in question.

There are also 49 photos the prosecution wants to introduce of Victim 3. Garcia's team objects to all of them being displayed except for nine, according to the exhibit list filed Tuesday in U.S. District Court.

Victim 3 will testify that Garcia told her to get naked while he did his rounds and to pose for him, which she did not agree to, court records indicate.

She will also testify that Garcia showed her his penis in images he snapped both at the prison and at a home, prosecutors said.

The two also held several video chats when she was living in a halfway house, and that at least once, she took off her clothes and touched herself at Garcia's request.

The prosecution wrote in court filings that they have screenshots from this chat where both Victim 3 and Garcia were naked.

Then there are photos of candy.

Prosecutors allege that Garcia used candy to groom the women for more sexual abuse, and the defense wants to exclude eight of these photos.

For example, Victim 1 will testify Garcia began flattering her when she arrived at the prison, giving her candy and offering to transfer to a facility closer to her family.

Specifically, he handed her a candy cane and ordered her to insert it into her vagina, court documents indicate. Another time, he threw candy at her feet after she stripped for him, prosecutors allege.

It does not appear as though prosecutors have this candy cane photo, but the exhibit list does show the U.S. Attorney's Office has photos of candy on the floorboard, in the console and in the trunk of Garcia's car, all of which the defense objects to.

Garcia and his attorney have declined multiple requests for interviews.

Five correctional officers have been charged with sex abuse crimes at FCI Dublin – the most of any federal prison in the United States.

Only Garcia and John Russell Bellhouse of Pleasanton have maintained their innocence.