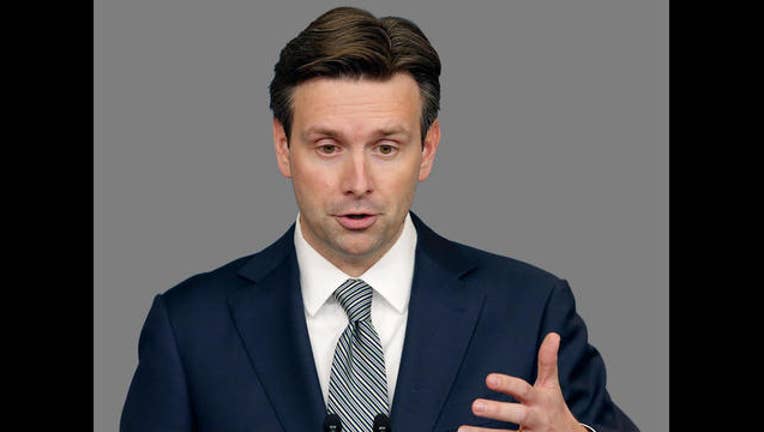 CAMBRIDGE, Mass. (AP) -- Former Obama administration spokesman Josh Earnest says Republican President Donald Trump is cynically using the press while also relying on it to boost his image and appeal to the public.

Earnest said Trump has a complicated relationship with the media. He said he doesn't believe Trump has any grand ambitions to do away with the First Amendment but lashes out when reporters don't echo his version of events.

"He doesn't want the news media to just go away. He just wants them to be nice to him. But that's not their job," Earnest said Tuesday during a Harvard University John. F. Kennedy School of Government forum on the press and the presidency.

Earnest said a stark difference between Trump and Democratic former President Barack Obama is Obama relished the opportunity to marshal facts to make an argument.

In contrast, when Trump is under pressure, Earnest said, his instinct is to create a distraction. He said that's what Trump did by accusing Obama of wiretapping his campaign while offering no proof.

Earnest said no president has the authority to unilaterally wiretap someone.

Earnest said one reaction he's seen to the Trump presidency is a renewed interest in newspapers, television news and other news outlets.

He also said that the election of Trump is a reminder that elections matter -- a message he said he sometimes had trouble impressing on younger voters.

"Somehow, I think I'm going to have a little easier time making that case before the next election," he said.

He said one of the biggest changes he has seen in the relationship between the White House and the press corps is new technology. He said cellphones combined with social media platforms puts intense pressure on reporters to push out every new tidbit of information instantly.

Despite the online technology, Earnest said, he still believes it's important to have a daily White House press briefing to let reporters press the administration on the issues of the day.

"There's something that's symbolically important about the briefing -- the idea that there is a senior member of the White House staff who the president designates as the person who will every day prepare himself or herself to go out and speak on camera, on the record, and answer any question that any journalist can come up with," he said.

Earnest was White House press secretary under Obama from 2014 until Trump took office in January.