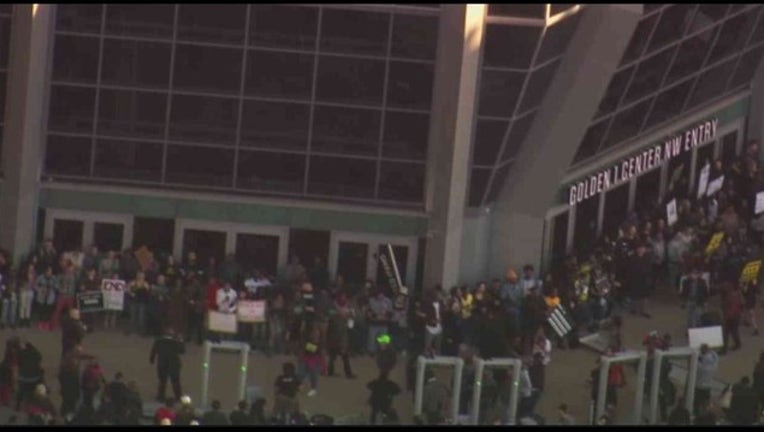 OAKLAND, Calif. (KTVU) - Extra security measures were put in place for Saturday’s matchup between the Sacramento Kings and Golden State Warriors at the Golden 1 center in anticipation of protests over the fatal shooting of Stephon Clark.

Golden 1 Center Plaza will close early Saturday afternoon, reports the Sacramento Bee. Only ticket holders will have access to the area. The game is set for 7 p.m.

Six-foot-tall fencing and barricades were put in place on Thursday after protestors blocked entry into Tuesday’s game against the Dallas Mavericks and March 22 against the Atlanta Hawks.

"Golden 1 Center safety and security officials continue to work with the Sacramento Police Department on security measures for the game on Saturday night to ensure the safety of guests," the Kings said in a news release, per Sacramento Bee.