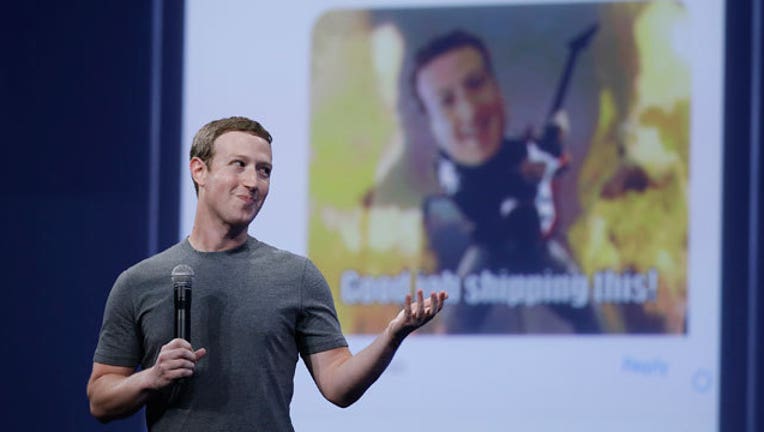 SAN FRANCISCO (AP) — Facebook is trying to mold its Messenger app into a more versatile communications hub as smartphones create new ways for people to connect with friends and businesses beyond the walls of the company's ubiquitous social network.

To pull it off, Facebook Inc. is opening Messenger so outside programmers can build features tailored for the service. By the end of April, Messenger will also be adding the ability to display store receipts and shipping information to help consumers keep track of their interactions with merchants and other businesses.

Facebook CEO Mark Zuckerberg touted the Messenger expansion Wednesday to about 2,000 app developers at the opening of a two-day conference in San Francisco.

"We have been building Messenger into a service to express beyond text," Zuckerberg said. He promised even more tools will be rolling out the months ahead.

The push to plant more features in Messenger underscores the growing importance of apps that enable more intimate and direct conversations than social networks.

Thanks largely to its Facebook ties, Messenger already has more than 600 million users, Zuckerberg said. Facebook's social network is more than twice as large with about 1.4 billion users.

The social network remains the foundation for one of the Internet's most successful businesses. Facebook's revenue last year surged 58 percent to $12.5 billion, a performance that has enabled the company's stock price to more than double from its initial public offering price of $38 in 2012. The shares hit a record high of $86.07 earlier this week, though they dropped $2.37 to $82.94 Wednesday amid a broad market downturn.

The growing popularity of mobile messaging, though, could result in less time spent on social networks, a shift that would give Facebook fewer opportunities to learn about its users' interests and show the digital ads that make most of the company's money.

That threat is propelling Messenger's expansion and also prompted Zuckerberg to spend $22 billion last year to buy WhatsApp, another mobile messaging service that has more than 700 million users.

A large segment of WhatsApp's audience is located in less affluent countries outside the U.S. and western Europe, making it more likely that it won't be adding as many new tools as Messenger has, said David Marcus, who overseesFacebook's messaging products. Most Messenger apps are installed on iPhones and top-of-the-line Android phones, which provide the processing power needed to handle a range of multipurpose tools.

Analysts widely expect Facebook to begin showing ads with Messenger as people spend more time in the app to do different things, though the Menlo Park, California, company hasn't revealed plans to turn the app into a marketing vehicle.

The decision to allow outside applications to operate within Messenger mirrors a pivotal decision that Zuckerberg made eight years ago when he openedFacebook to other programmers. That move transformed Facebook into an even more influential, multipurpose hub for doing everything from playing games to buying gifts.

Marcus, who formerly ran PayPal, is hoping Messenger will follow a similar pattern now that it is operating as an open platform. "We have opened the floodgates," he said.

Facebook is counting on apps from other developers to enable Messenger users to express their feelings with GIFs, audio clips and other dynamic formats that "will bring a smile to people's faces," Marcus said.

In his presentation, Zuckerberg predicted messaging apps eventually will include virtual-reality technology, something that Facebook acquired last year when it bought Oculus for $2 billion. Oculus' twist on virtual reality will be demonstrated at the conference Thursday.