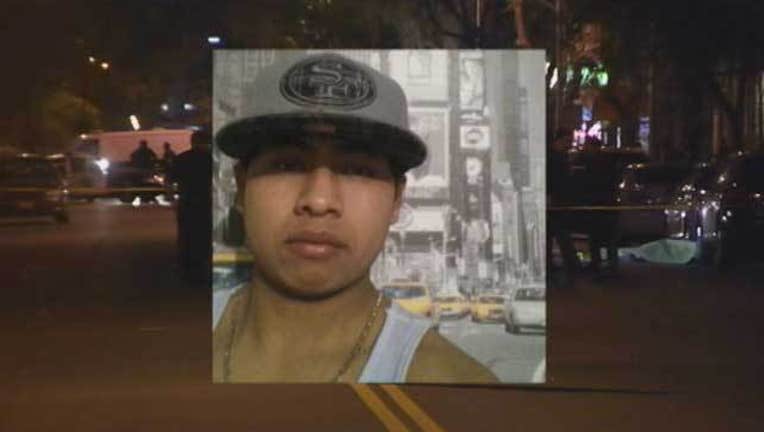 Community members have disputed the police version of events that led up to Amilcar Perez-Lopez's death on Feb. 26 and rejected a police allegation that Perez-Lopez was trying to steal a bicycle at the time of the shooting.

At a rally Wednesday, leaders of Christian, Muslim, Jewish and other religious groups gathered to address what they described as a history of abuse by police in the community.

The Rev. Richard Smith, a pastor at St. John the Evangelist Episcopal Church in the Mission District said that if Perez-Lopez's death was an isolated event, he might not be so angry, but said that the death toll is adding up and indicative of a much larger pattern of abuse by police.

Smith noted the death of Alex Nieto, who was killed by San Francisco police on March 21, 2014.

"It's time for a change, this has got to stop," Smith said.

He said faith leaders and community members decided to file a complaint with the city's Office of Citizen Complaints today in hopes that an independent investigation into the shooting will be conducted.

San Francisco police have identified Craig Tiffe and Eric Reboli as the police officers who shot and killed Perez-Lopez.

Smith said he isn't expecting an indictment, but is hoping to apply pressure in an effort to stop law enforcement's "unchecked abuse of power."

As faith leaders marked the steps of City Hall with ashes today, Smith urged the San Francisco Police Department to repent during the Christian observance of Lent.

Imam Abu Qadir Al-amin, a religious leader at the San Francisco Muslim Community Center, said he believes that law enforcement's systemic use of force and discrimination needs to be addressed.

He said many people in the community are afraid of the Police Department and don't see it police in a positive light.

"We don't feel as though we are equally protected by the law," he said.

According to police, a 911 call came in at 9:44 p.m. on Feb. 26 and the reporting party told a 911 dispatcher that a male was running with a knife, heading down Folsom Street toward 25th Street. The witness told the dispatcher that the person was chasing after another male.

Police said two plainclothes officers arrived on scene at 9:46 p.m., at which point they allegedly saw a man armed with a knife.

The two officers drew their firearms and ordered the suspect to drop the knife. The officers, who police said had their department-issued stars visible on their clothes, fired at the suspect.

At 9:47 p.m., the reporting party told the dispatcher that shots were heard at the scene.

Police said the officers fired at Perez-Lopez six times and then requested an ambulance at 9:48 p.m., but he was pronounced dead at the scene.

The complaint alleges that based on an eyewitness account of the incident, Perez-Lopez dropped the knife prior to being shot.

Community members are also asking police for more information about the person who claimed Perez-Lopez was trying to steal his bike, as well as information about why police handcuffed the alleged victim at the scene.

Officers Tiffe and Reboli were placed on paid administrative leave during an investigation into the shooting by the Police Department's homicide detail and internal affairs division and the San Francisco District Attorney's Office, according to police.