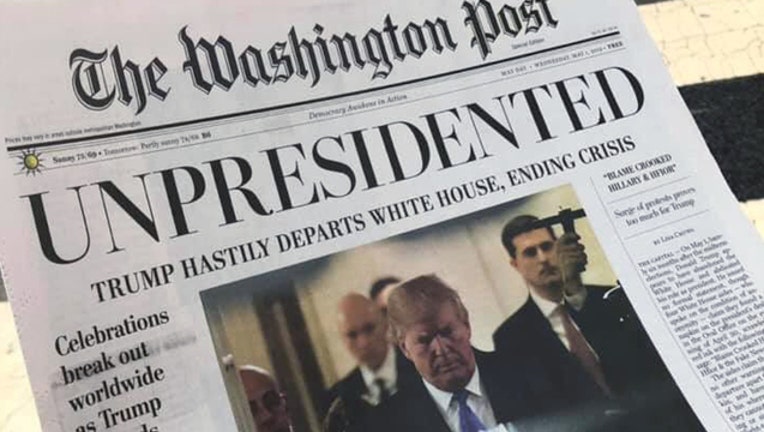 Fake editions of the Washington Post began circulating in the District on Wednesday, Jan. 16, 2019.

WASHINGTON (FOX 5 DC) - Fake editions of the Washington Post began circulating in the District on Wednesday.

The fake paper is dated May 1, 2019, and features a headline that says “Unpresidented: Trump hastily departs White House, ending crisis.”

DOWNLOAD: The FOX 5 News app for all your local news coverage

A friend of FOX 5 photographer Van Applegate told him she was handed a copy of the fake edition at Union Station Wednesday morning.