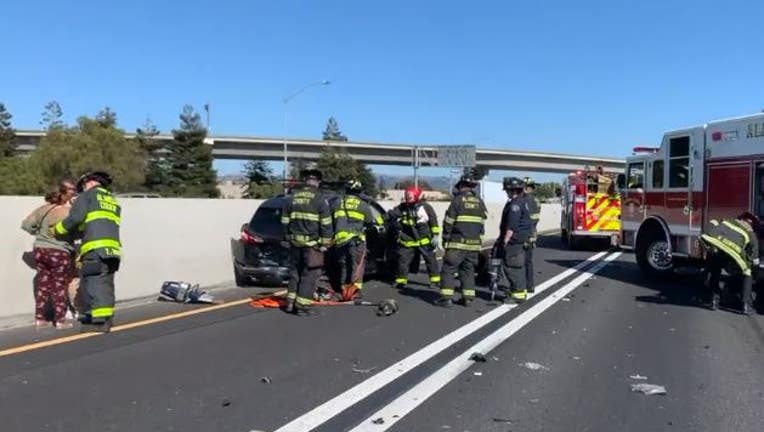 A family of three was rescued after their car crashed into the freeway wall on I-880. Photo credit: Alameda County Firefighters.

SAN LEANDRO, Calif. - A family traveling on Interstate 880 near San Leandro had to be extricated from their crashed car on Sunday.

Images posted by Alameda County Firefighters show multiple firefighters assisting in the rescue. The car was smashed against the middle divide of freeway.

Officials said the jaws of life were employed to get all three members of the family out of the car safely. They did not say what caused them to collide with the wall.