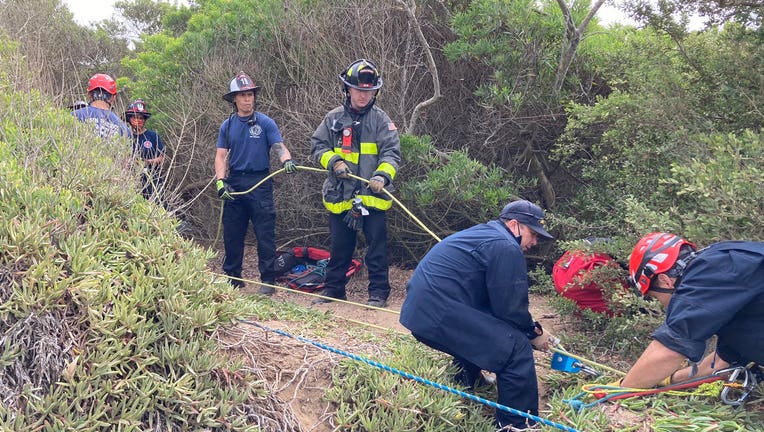 SAN FRANCISCO - A father and his young child were safely rescued from a cliff at Fort Funston on Saturday morning, fire officials said.

The pair were out for a walk about 11:30 a.m. and tried to hike down the cliff to reach the water below, but became stuck about 70 feet down, said San Francisco Fire Lt. Jonathan Baxter on social media. 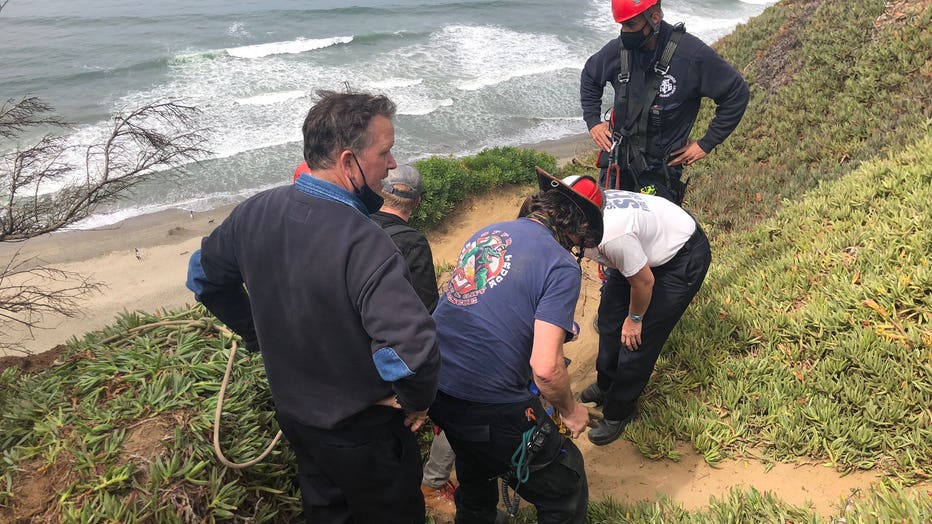 That's when the father called 911 and gave firefighters directions on how to reach them.

Emergency crews had to hike into the area, about a mile from the parking lot. Three rescue rope lines were lowered and it took about an hour to bring the pair to safety, Baxter said. 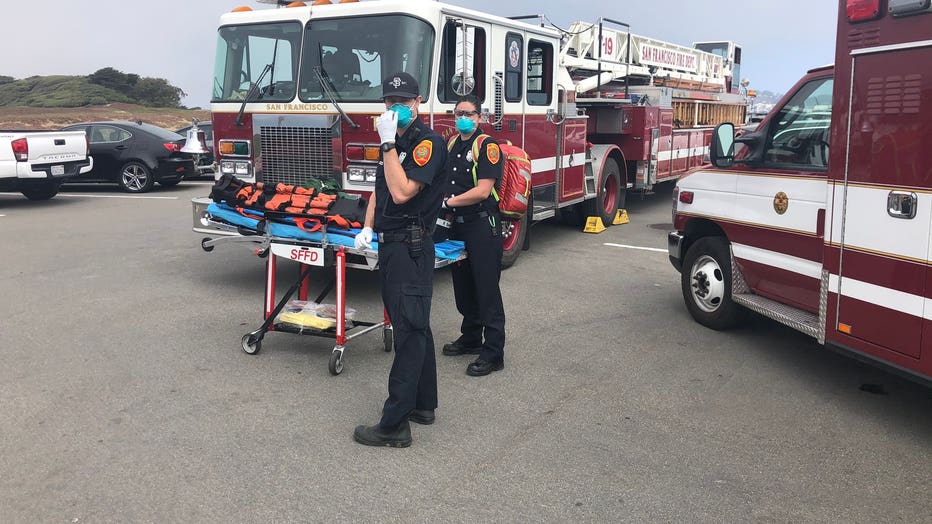