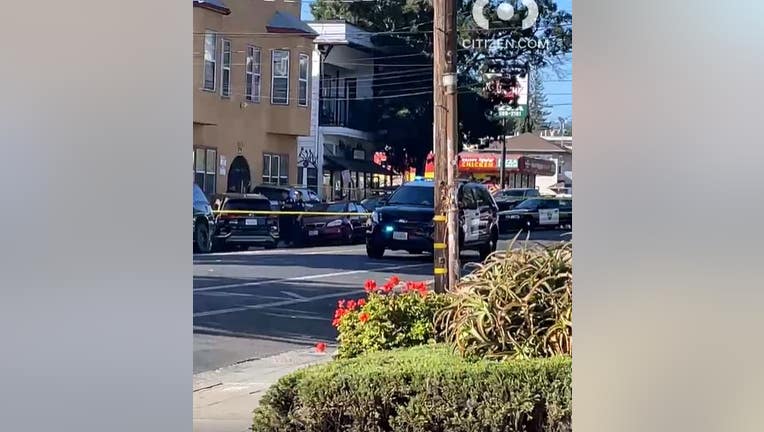 Screen grab taken from Citizen video of a crime scene in Oakland.

OAKLAND, Calif. - Oakland police are investigating a fatal shooting Monday by an FBI agent, who is part of a U.S. Marshals task force.

The shooting was reported at Fruitvale Avenue and Blossom Street just before 3:30 p.m., police said.

OPD said a U.S. Marshal's task force was serving a criminal arrest warrant in the 2500 block of Fruitvale Avenue when the shooting happened. They added that there is no public safety concern at this time. No further details of the circumstances surrounding the shooting or what led to a use of force were disclosed.

FBI San Francisco division said the agent shot and injured the unidentified subject, who was transported to a hospital, where they later died. Police nor the FBI said whether or not the person shot and killed was the suspect the FBI was looking for.

Police said there are no reported injuries to any member of law enforcement. FBI corroborated that and said the special agent involved was not injured.

The FBI is internally reviewing the shooting. They say their, "review process is thorough and objective, and is conducted as expeditiously as possible under the circumstances."