WASHINGTON - The FBI is investigating whether emails that were published this week by the New York Post related to Joe Biden’s son, Hunter, and his purported dealings in Ukraine are connected to a possible Russian influence operation in an effort to spread disinformation ahead of the 2020 presidential election, according to the Associated Press.

The New York Post said Wednesday that it obtained "smoking-gun" emails about Hunter Biden and an alleged meeting between then-Vice President Joe Biden and an executive at a Ukrainian energy firm.

A 2015 email published by the Post purported to show a top adviser for Burisma, the Ukraine gas company where Hunter Biden held a board seat, thanking Biden for giving him an opportunity to meet his father when Joe Biden was serving as U.S. vice president.

The Post said it had obtained a hard drive from President Donald Trump’s personal lawyer Rudy Giuliani containing the emails, and that the messages were found on a laptop that had been left last year at a Delaware computer repair shop for service but never retrieved.

The Biden campaign and a lawyer for Hunter Biden said they had no record of such a meeting taking place. They have not addressed the authenticity of the emails. 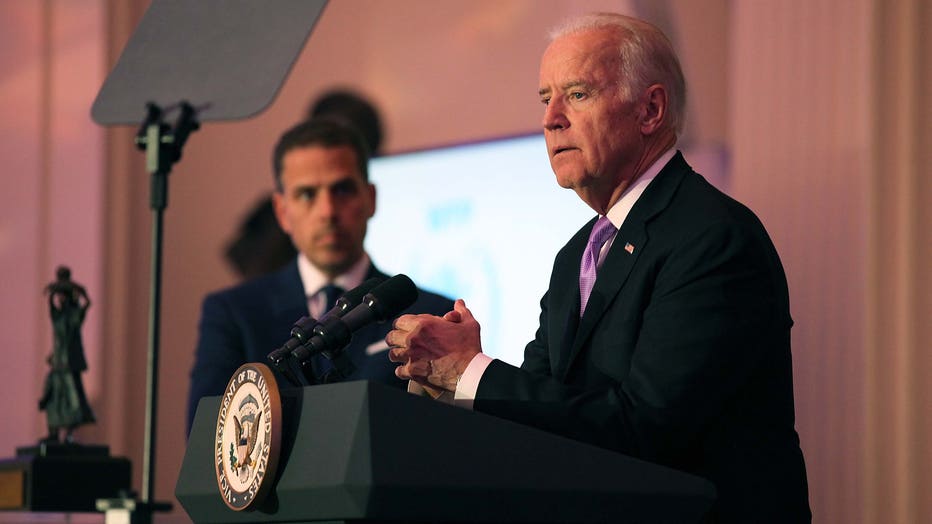 In August, U.S. intelligence officials said that its believed Russia is using a variety of measures to denigrate Biden ahead of the 2020 election, and that individuals linked to the Kremlin are boosting Trump's reelection bid. A fifth and final report from the Republican-led Senate intelligence committee on the Russia investigation also concluded that the Trump campaign's interactions with Russian intelligence services during the 2016 presidential election posed a “grave” counterintelligence threat.

The AP said the New York Post report is being investigated by the FBI as a possible Russian influence operation, citing a person familiar with the matter. The authenticity of the emails remained unclear as of Friday.

The Post said the emails of Hunter Biden, a California resident, were found in a laptop that had been dropped off for service at the Delaware repair shop by an unidentified man who never picked it up. The report claimed the shop owner turned it over to the FBI, but also made a copy of the hard drive and provided that to Giuliani’s lawyer.

Giuliani did not respond Friday for a request for comment from The Associated Press. But in an interview Thursday with a SiriusXM show, he asserted that the laptop had been dropped off by Hunter Biden. He said the material was not hacked, and he told FOX News on Friday that the material was “authentic as hell.”

An FBI spokeswoman declined to comment Friday to the Associated Press, citing the bureau's practice of neither confirming nor denying investigations.

Twitter initially responded by banning users from sharing links to the article in tweets and direct messages because it violated the company’s policy prohibiting hacked content. But it didn’t alert users about why they couldn’t share the link until hours later.

Twitter CEO Jack Dorsey said Friday that Twitter was “wrong” to block URLs to the unverified story, and that it had updated its policy on the subject.

“Our goal is to attempt to add context, and now we have capabilities to do that,” Dorsey wrote on Twitter.

Facebook also said it was “reducing” the story’s distribution on its platform while waiting for third-party fact-checkers to verify it, something it regularly does with material that's not banned outright from its service.

The action by the social media platforms was decried by Trump and his supporters, including congressional Republicans. Many have criticized companies like Twitter and Facebook, alleging the platforms censor conservative messaging.