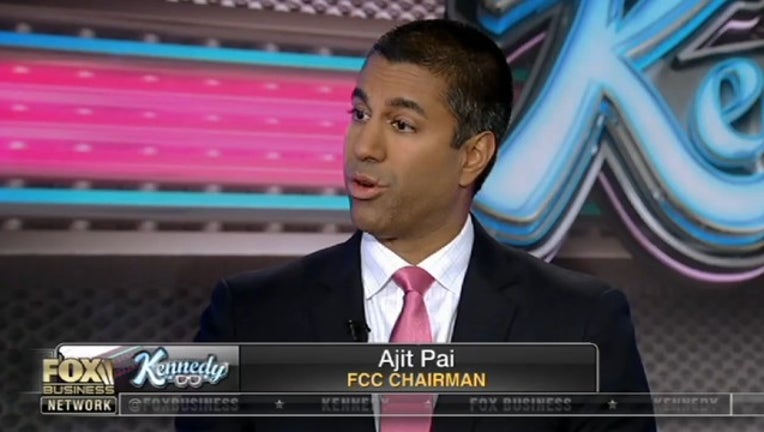 NEW YORK (AP) -- As the federal government prepares to unravel sweeping net-neutrality rules that guaranteed equal access to the internet, advocates of the regulations are bracing for a long fight.

The Thursday vote scheduled at the Federal Communications Commission could usher in big changes in how Americans use the internet, a radical departure from more than a decade of federal oversight. The proposal would not only roll back restrictions that keep broadband providers like Comcast, Verizon and AT&T from blocking or collecting tolls from services they don't like, it would bar states from imposing their own rules.

The broadband industry promises that the internet experience isn't going to change, but its companies have lobbied hard to overturn these rules. Protests have erupted online and in the streets as everyday Americans worry that cable and phone companies will be able to control what they see and do online.

That growing public movement suggests that the FCC vote won't be the end of the issue. Opponents of the move plan legal challenges, and some net-neutrality supporters hope to ride that wave of public opinion into the 2018 elections.

CONCERN ABOUT THE FCC PLAN

FCC Chairman Ajit Pai says his plan eliminates unnecessary regulation that stood in the way of connecting more Americans to the internet. Under his proposal, the Comcasts and AT&Ts of the world will be free to block rival apps, slow down competing service or offer faster speeds to companies who pay up. They just have to post their policies online or tell the FCC.

After the FCC released its plan in late November, well-known telecom and media analysts Craig Moffett and Michael Nathanson wrote in a note to investors that the FCC plan dismantles "virtually all of the important tenets of net neutrality itself."

That could result in phone and cable companies forcing people to pay more to do what they want online. The technology community, meanwhile, fears that additional online tolls could hurt startups who can't afford to pay them -- and, over the long term, diminish innovation.

"We're a small company. We're about 40 people. We don't have the deep pockets of Google, Netflix, Amazon to just pay off ISPs to make sure consumers can access our service," said Andrew McCollum, CEO of streaming-TV service Philo.

Broadband providers pooh-pooh what they characterize as misinformation and irrational fears. "I genuinely look forward to the weeks, months, years ahead when none of the fire and brimstone predictions comes to pass," said Jonathan Spalter, head of the trade group USTelecom, on a call with reporters Wednesday.

But some of these companies have suggested they could charge some internet services more to reach customers, saying it could allow for better delivery of new services like telemedicine. Comcast said Wednesday it has no plans for such agreements.

Cable and mobile providers have also been less scrupulous in the past. In 2007, for example, the Associated Press found Comcast was blocking or throttling some file-sharing. AT&T blocked Skype and other internet calling services on the iPhone until 2009. They also aren't backing away from subtler forms of discrimination that favor their own services.

There's also a problem with the FCC's plan to leave most complaints about deceptive behavior and privacy to the FTC. A pending court case could leave the FTC without the legal authority to oversee most big broadband providers. That could leave both agencies hamstrung if broadband companies hurt their customers or competitors.

Critics like Democratic FTC commissioner Terrell McSweeny argue that the FTC won't be as effective in policing broadband companies as the FCC, which has expertise in the issue and has the ability to lay down hard-and-fast rules against certain practices.

Moffett and Nathanson, the analysts, said that they suspect the latest FCC rules to be short-lived. "These changes will likely be so immensely unpopular that it would be shocking if they are allowed to stand for long," they wrote.

There have been hundreds of public protests against Pai's plan and more than 1 million calls to Congress through a pro-net neutrality coalition's site. Smaller tech websites such as Reddit, Kickstarter and Mozilla put dramatic overlays on their sites Tuesday in support of net neutrality. Twitter on Wednesday was promoting (hash)NetNeutrality as a trending topic. Other big tech companies were more muted in their support.

Public-interest groups Free Press and Public Knowledge are already promising to go after Pai's rules in the courts. There may also be attempts to legislate net neutrality rules, which the telecom industry supports. Sen. John Thune, a South Dakota Republican, on Tuesday called for "bipartisan legislation" on net neutrality that would "enshrine protections for consumers with the backing of law."

But that will be tough going. Democrats criticized previous Republican attempts at legislation during the Obama administration for gutting the FCC's enforcement abilities. Republicans would likely be interested in proposing even weaker legislation now, and Democrats are unlikely to support it if so.

Some Democrats prefer litigation and want to use Republican opposition to net neutrality as a campaign issue in 2018. "Down the road Congress could act to put in place new rules, but with Republicans in charge of the House, Senate, and White House the likelihood of strong enforceable rules are small," Rep. Mike Doyle, a Pennsylvania Democrat, wrote on Reddit last week. "Maybe after the 2018 elections, we will be in a stronger position to get that done."

A future FCC could also rewrite net-neutrality regulation to be tougher on the phone and cable industry. That could bring a whole new cycle of litigation by broadband companies.