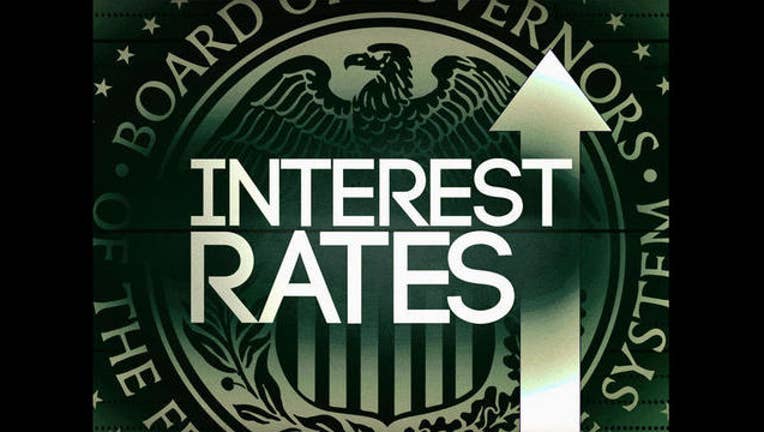 WASHINGTON (AP) — The Federal Reserve has raised its benchmark interest rate for the second time in three months and signaled that any further hikes this year will be gradual. The move reflects a consistently solid U.S. economy and will likely mean higher rates on some consumer and business loans.

The Fed's key short-term rate is rising by a quarter-point to a still-low range of 0.75 percent to 1 percent. The central bank said in a statement that a strengthening job market and rising prices had moved it closer to its targets for employment and inflation.

The message the Fed sent Wednesday is that nearly eight years after the Great Recession ended, the economy no longer needs the support of ultra-low borrowing rates and is healthy enough to withstand steadily tighter credit.

The decision was approved on a 9-1 vote, with Neel Kashkari, the head of the Fed's regional bank in Minneapolis, the dissenting vote. The statement said Kashkari preferred to leave rates unchanged .

The Fed's forecast for future hikes, drawn from the views of 17 officials, still projects that it will raise rates three times this year, unchanged from the last forecast in December. But the number of Fed officials who think three rate hikes will be appropriate rose from six to nine.

The central bank's outlook for the economy changed little, with officials expecting economic growth of 2.1 percent this year and next year before slipping to 1.9 percent in 2019. Those forecasts are far below the 4 percent growth that President Donald Trump has said he can produce with his economic program.

In recent weeks, investors had seemed unfazed by the possibility that the Fed would raise rates several times in the coming months. Instead, Wall Street has been sustaining a stock market rally that began with President Donald Trump's election in November, buoyed by the prospect that tax cuts, an easing of regulations and higher spending for infrastructure will accelerate growth.

A robust February jobs report — 235,000 added jobs, solid pay gains and a dip in the unemployment rate to 4.7 percent — added to the perception that the economy appears fundamentally strong.

That the Fed is no longer unsettling investors with the signal of a forthcoming rate increase marks quite a change from the anxiety that prevailed after 2008, when the central bank cut its key rate to a record low and kept it there for seven years. During those years, any slight shift in sentiment about when the Fed might begin raising rates — a step that would lead eventually to higher loan rates for consumers and businesses — was enough to move global markets.

In 2013, then-Chairman Ben Bernanke sent markets into a panic merely by mentioning that the Fed was contemplating slowing the pace of its bond purchases, which it was using then to keep long-term borrowing rates low.

But now, the economy is widely considered sturdy enough to handle modestly higher loan rates. Inflation, which had stayed undesirably low for years, is edging near the 2 percent annual rate that the Fed views as optimal.

And while the broadest gauge of the economy's health — the gross domestic product — remains well below levels associated with a healthy economy, many analysts say they're optimistic that Trump's proposed tax cuts, infrastructure spending increases and deregulation may accelerate growth. Those proposals have lifted the confidence of business executives and offset concerns that investors might otherwise have had about the effects of Fed rate increases.

Yet for the same reason, some caution that if Trump's program fails to survive Congress intact, concerns will arise that the president's plans won't deliver much economic punch. Investors may start to fret about how steadily higher Fed rates will raise the cost of borrowing and slow spending by consumers and businesses.

The Fed typically raises rates to prevent an economy from overheating and inflation from rising too high. But throughout the Fed's history, its efforts to control inflation have sometimes gone too far — slowing borrowing and spending so much as to trigger a recession. Already, the current expansion, which officially began in 2009, is the third-longest in the post-World War II period.

The Fed's benchmark rate, after modest increases in December 2015 and December 2016 and again on Wednesday, is still quite low by historical standards. But if the Fed ends up raising rates three or four times this year and follows up with three additional hikes in 2018, its benchmark rate would be left at a level that might start to dampen economic activity.