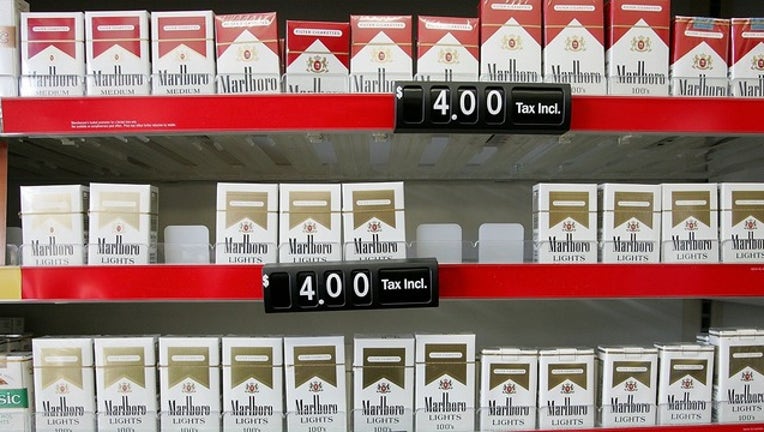 President Trump has signed a $1.4 trillion spending package that, among many other things, will raise the federal legal age for buying tobacco products from 18 to 21.

According to Time, it will be illegal to sell tobacco product to anyone under the age of 21 beginning in summer 2020. The new law include e-cigarettes and vaping cartridge, Time reports.

The raise in the tobacco age had support from unlikely sources: Altria, the nation's largest tobacco company, and Juul Labs, known for its e-cigarette vaping devices. Tobacco critics contend the companies’ support is calculated to head off even harder-hitting government action: a ban on all flavored tobacco products, including fruit and dess

“Altria and Juul clearly support this in order to argue that no other action is necessary,” said Matthew Myers of the Campaign for Tobacco-Free Kids.

The measure, known commonly as Tobacco 21, was included as part of a $1.4 trillion spending package that covered other notable policy changes, such as an expensive repeal of Obama-era taxes on high-cost health plans, help for retired coal miners, and $1.4 billion for President Trump's border wall, down from the $8 billion he requested but the same that was appropriated for it last year.

Democrats secured $425 million for states to upgrade their election systems, as well as increases for the U.S. Census budget, the Environmental Protection Agency, renewable energy programs and affordable housing.

An additional four-bill "minibus" is up for a procedural vote later in the day. The passage of the spending bills comes a day before the Dec. 20 deadline, after which the government would have shut down. The bills provide government funding through the remainder of the fiscal year, which goes until Sept. 30, 2020.

Fox News and The Associated Press contributed to this report.