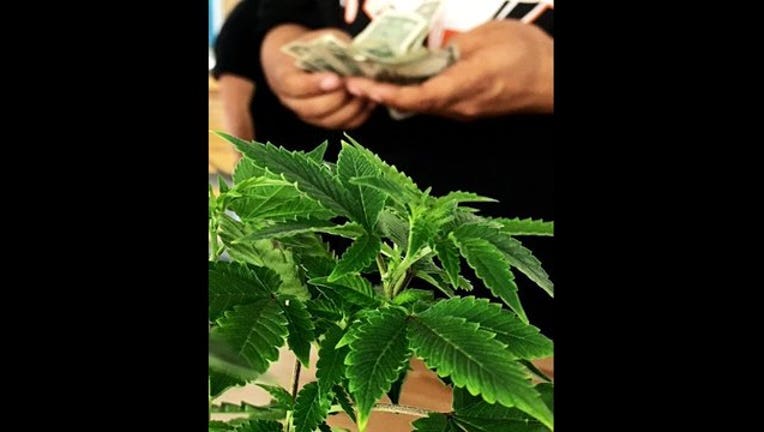 OAKLAND, Calif. - Oakland city officials said today that the U.S. Attorney's Office has dropped its case against a medical cannabis dispensary in their city after a legal battle that last lasted nearly four years.

Former U.S. Attorney Melinda Haag targeted Harborside Health Center at 1840 Embarcadero in a July 2012 federal lawsuit, seeking forfeiture of the landlords' property on the ground that the building is used for illegal activities.

U.S. Attorney's Office spokesman Abraham Simmons said he can't comment on the case because "it's still pending litigation" and said his office has made "no such announcement" about dropping its suit.

Speaking at a news conference on the steps of City Hall, Henry Weikowski, an attorney for Harborside, said that when the dispensary was sued in 2012, "We took a stand that we would take this all the way and we have and we have prevailed."

Kaplan said, "We have a great victory to celebrate and now folks don't have to worry about a federal raid" on medical cannabis dispensaries.

Schaaf said, "The city of Oakland is celebrating today because we believe in compassionate care and public health and the wise expenditure of public funds," saying that she thinks the federal lawsuit wasn't a wise use of taxpayer dollars.

Kaplan said Harborside Health Center is now in the clear and will no longer have to worry about a looming raid and patients suffering from chronic pain can have peace of mind that they will be able to get their medicine through safe dispensaries such as Harborside.

In a statement read aloud at the news conference by one of her assistants, Lee said, "Today's decision by the U.S. Attorney is a victory for health care access. For decades, Harborside has helped ensure members of our community can access their medicine. It's past time for the federal government to stop standing between these patients and their medicine."

In a statement read aloud by her spokesman, Parker said, "I'm delighted that the federal government has dropped its forfeiture action."

Parker said the decision to drop the case is "an excellent and just outcome."