SAN JOSE, Calif. - A San Jose community service police officer is off the job. This, after federal agents claimed he threatened to kill other police members in an online chat platform.

"These allegations are extremely serious and are being fully investigated to determine the extent of criminal conduct by our employee," said San Jose Police Chief Anthony Mata.

Mata revealed Friday morning his department and federal agents are examining the actions of Denis Shevchenko. The 40-year-old is a community service officer, based at the department’s training center in South San Jose.

"We think it’s a serious trend, and a very disturbing trend that we’ve been noticing with a number of people who are involved in government service," said Seth Brysk, Northern California regional director for the Anti-Defamation League.

In an email statement to KTVU, agents wrote in part, "The FBI regularly works closely with local law enforcement to assess threats and pass information relevant to their jurisdiction. We cannot do our work in a vacuum; interagency cooperation is paramount."

An employee of the San Jose police department has been placed on administrative leave after an FBI investigation revealed he made disturbing and hateful social media posts on a far-right extremist website.

San Jose police internal affairs detectives searched Shevchanko’s home Oct. 14, confiscated an assault weapon, and a concealed knife. A concealed weapon was taken from his locker inside the police substation.

"This incident is unfortunate. And I’m extremely disappointed that our employee may have spread these hateful messages," said Mata.

He said background screening of would-be employees has been enhanced recently, to scrutinize online activity. Such efforts have been aided by the passage of California Assembly Bill 655, the "Law Enforcement Accountability Reform Act."

"You start to lose that trust when you can’t rely on the backgrounding of police officers," said state Assemblymember Ash Kalra (D-27th Dist.), which encompasses San Jose. "You will have people patrolling our streets with a badge and a gun that do not see us in the community as equals."

San Jose police commanders said Shevchanko is not a sworn officer, and didn’t carry a weapon. 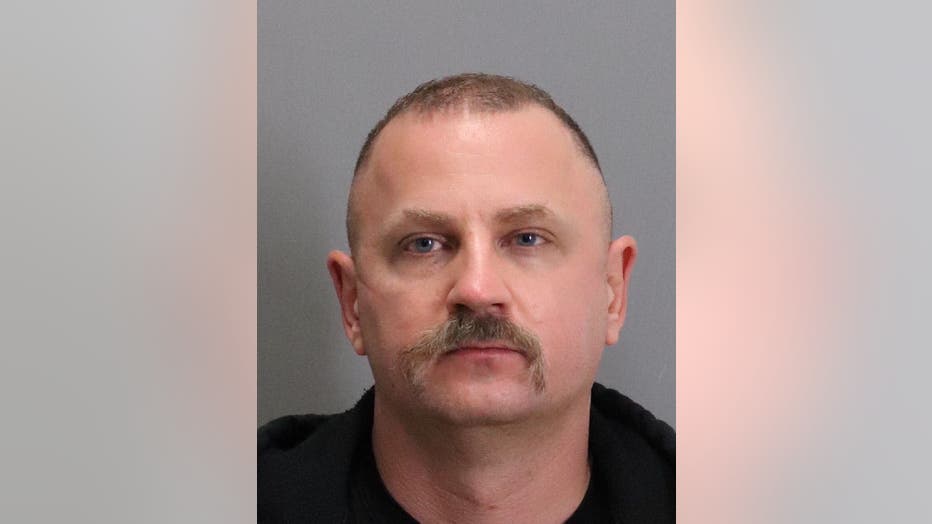 Still, his arrest has shocked a department at a time when the law enforcement industry is under extreme scrutiny.

"I am committed to rooting out hate where ever it exists," said Mata.

Shevchenko is suspended with pay, pending the outcomes of internal and criminal investigations.

Federal agents said they will also examine if Shevchenko had any connection to the Jan. 6 violence at the U.S. Capitol.