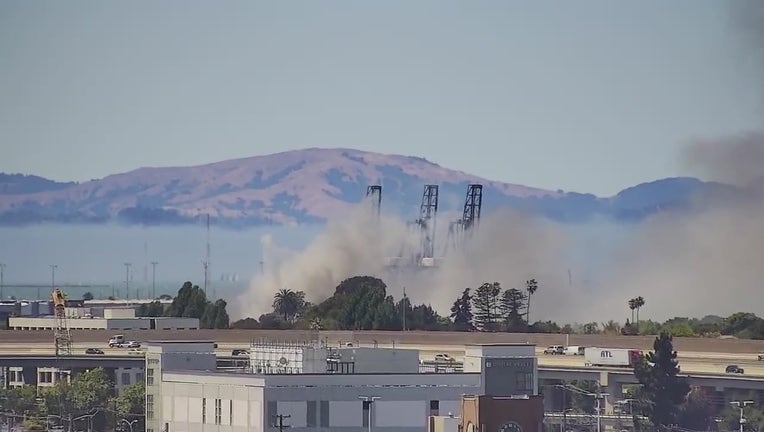 OAKLAND, Calif - Firefighters in Oakland will remain at the scene of an earlier 3-alarm fire at a recycling facility located near 10th and Wood Streets.

The fire started around 2 p.m. Saturday at the California Waste Solutions facility, located at 1820 10th Street.

Piles of debris at the facility were involved in ablaze, firefighters say. The flames also spread three other nearby structures.

Smoke could be seen coming from the fire several miles away, including from across the Bay in San Francisco.

Temperatures at the time the fire began were warm in the area, and a steady breeze is fanned the flames. Later, a cool fog layer moved in.

So far, there's no word what sparked the fire.

There are reports that one firefighter was injured. KTVU is working to determine the extent of those injuries.

Online, the facility is listed as closed on Saturdays, so it's not clear if anyone was around when the fire started.

This is a breaking news story, check back for updates.