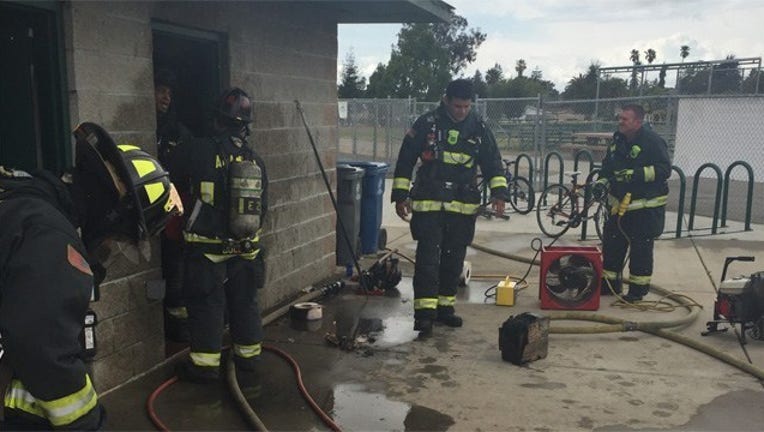 ALAMEDA, Calif. (KTVU and wires) -- Firefighters responded to reports of a fire at an Alameda middle school Thursday afternoon.

When they arrived they noticed smoke coming from the men's bathroom of a snack bar, adjacent to the school's baseball field.

Crews were able to quickly put out the fire and according to fire officials, damage was contained to the men's bathroom.

Fire officials said they are investigating the blaze.