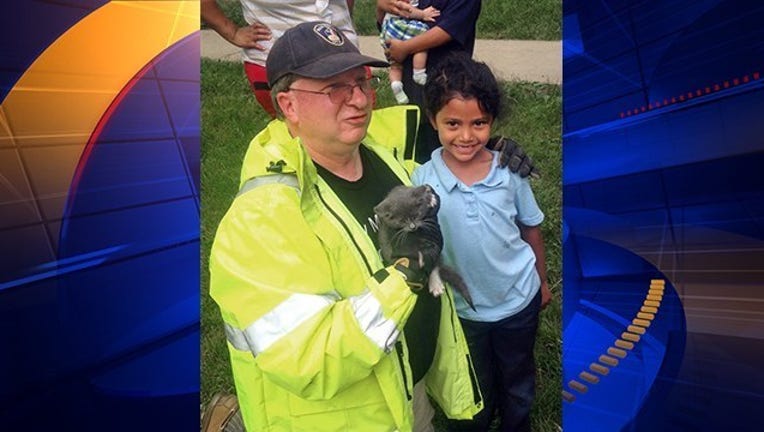 LANCASTER, Pa. (AP) — Firefighters were too big to rescue a kitten from a storm drain in south-central Pennsylvania, but a 6-year-old girl's size proved to be just right.

The girl's mother called 911 and then gave firefighters permission to lower the kindergartner nearly 3 feet down into the drain, which was too small for the firefighters to enter. The girl was able to coax the kitten to come to her and handed it to the firefighters.

The Fire Department reported the incident on its Facebook page, along with a picture of Janeysha, Deputy Fire Chief Glenn Usdin and the kitten.