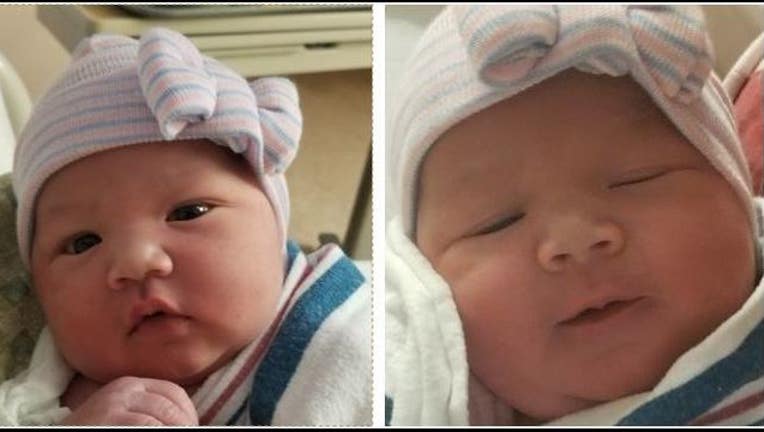 FAIRFIELD, Calif. (KTVU/BCN) - The Bay Area's first known baby of 2019 is a girl born in Fairfield, Calif., joining a family of 9 other brothers and sisters.

Keani Diane was born at 12:25 a.m. Tuesday to Elesha Matte and Kamehameha Quitugua of Fairfield. She is the family's 10th child. She joins four  brothers and five sisters.

She came out weighing 8 pounds and 5 ounces and is 20.5 inches long.

"This little girl was saying she wanted to come out on her time," aunt Lanette Matte said. "I guess she really wanted to be a New Year's Baby."

At other hospitals in the Bay Area, there was a relative dearth of babies born on New Year's Day.

A phone survey of more than 35 Bay Area hospitals turned up, before 1:30 a.m., only the NorthBay Medical Center birth in Fairfield and another baby born at 12:51 a.m. at Natividad Medical Center in Monterey. Representatives of a few hospitals either declined comment or couldn't be reached early Tuesday morning.

Alta Bates in Berkeley, which delivers more babies than any other hospital in Northern California, didn't have any babies born immediately after midnight.

"We haven't had any babies at our hospitals" as of 2:15 a.m. Tuesday, "and I don't remember this happening before on New Year's," said Dean Fryer, communications manager with Sutter Health, which operates several Bay Area hospitals, including Alta Bates Summit Medical Center in Berkeley.

Kaiser Permanente spokesman Karl Sonkin echoed that. As of 2 a.m. Tuesday, no Kaiser hospitals in the Bay Area had recorded a birth. "This is very unusual, indeed," Sonkin said.