Five people are dead after a small plane crashed near a post office in southern Louisiana on Saturday, authorities said.

Lafayette Fire Chief Robert Benoit told KLFY-TV  that the aircraft was an eight-passenger plane. He said there was one survivor in addition to the five fatalities. Three people on the ground were transported to the hospital. The report said a nearby Walmart store was evacuated as a precaution.

Acadian Ambulance said via Twitter that it responded to the scene of a "crash of a small civilian airplane" in Lafayette and transported two patients to a local hospital.

Eyewitnesses told KLFY TV that lights went out at homes and businesses near the crash and that they heard something that sounded like "a semi-truck." Several residents said they were without power. The report also said that three people on the ground were taken to hospitals.

Photos of the area where the plane crashed showed a blackened car as well as tree limbs scattered in the parking lot of a post office. The smoldering remains of the plane were resting in a field near the post office.

The Lafayette Police Department said via Twitter that local firefighters were handling the crash scene along the 300 block of Verot School Road while awaiting federal transportation authorities and asked motorists to avoid the area.

The fourth-largest city in Louisiana, Lafayette had a population of about 130,000 according to the 2018 census, and is located about 135 miles west of New Orleans. 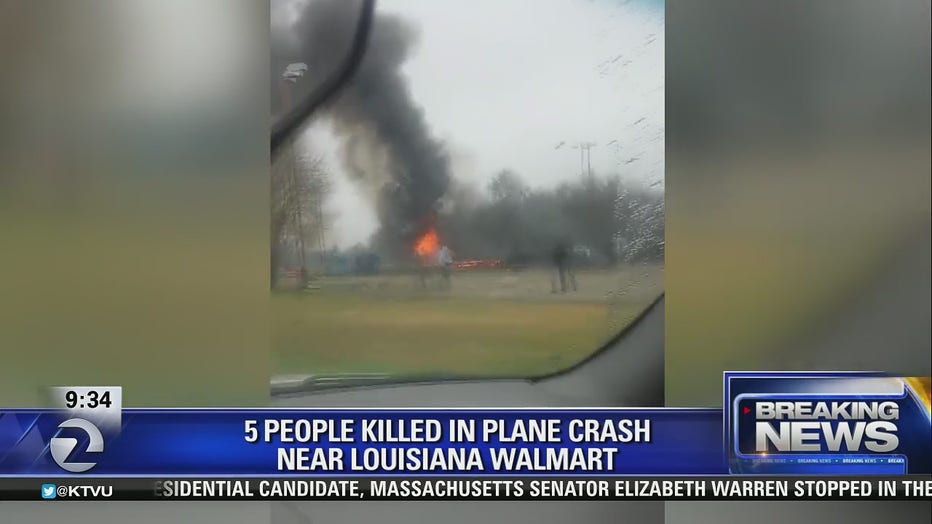