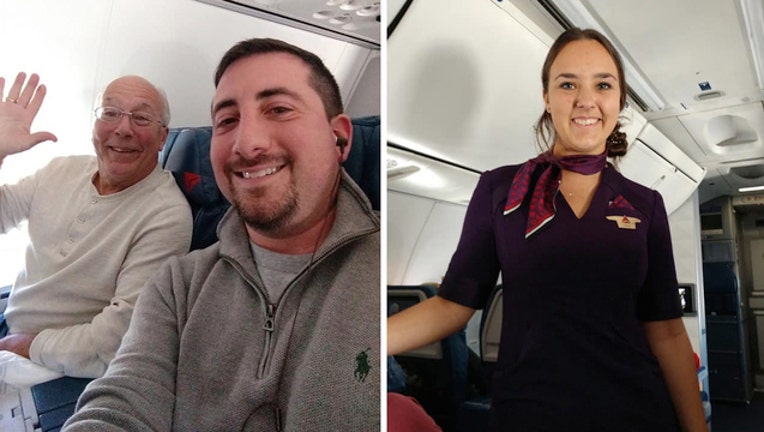 (FOX 46 CHARLOTTE) - For many, spending time with family goes hand-in-hand with Christmas. One father went above and beyond (literally) to make sure he could be with his daughter during the holidays.

Hal Vaughan's daughter, Pierce Vaughan, works as a flight attendant for Delta and was scheduled to work over the holidays on Christmas Eve and Christmas Day.

So what did her father do? He simply chose to spend the entire holiday up in the clouds, with her.

Fellow passenger, Mike Levy, took some photos of the special moment and shared it in a post on Facebook saying, "What a fantastic father!"

"His daughter Pierce was our flight attendant who had to work over Christmas ☹️. Hal decided he would spend the holiday with her. So, he is flying on each of her flights today and tomorrow around the country to spend time with his daughter for Christmas," Levy explained in his post.

Vaughen said in a post of her own that her dad made it on every flight and even got a first-class seat from RSW (Fort Meyers) to DTW (Detroit).

"A special thanks to all of the patient, wonderful gate agents around the country and my perfect crew," she wrote.