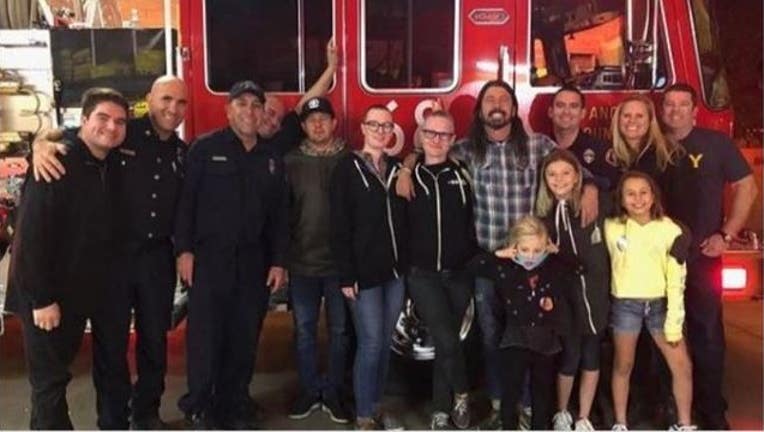 Grohl served his Backbeat Barbeque at Fire Station 68 in Calabasas on Monday night. Firefighters, who have been battling the Woolsey fire, thanked Grohl on Instagram.

Grohl posted an image on Instagram telling firefighters to "Dig in!"

Other celebrities have been pitching in too, including chef Guy Fieri who served up meals for Camp Fire first responders.

Firefighters have been struggling to corral the wind-fueled Southern California wildfire, which stretches from north of Los Angeles to the Pacific Ocean, as well as the Camp Fire up north in Butte County.