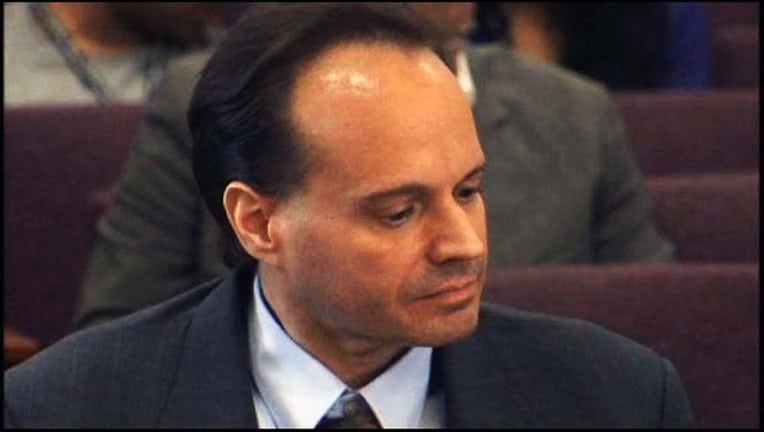 Joseph Martin, 46, a longtime teacher at Woodside Elementary School could have been sentenced to life in prison, but Judge Mary Ann O'Malley struck down a special enhancement charge that would have drawn the lengthy term.

Martin's wife, Jennifer, said she was grateful he did not receive a harsher punishment.

"At the same time he has two little girls and that puts him out for release when they're in high school," she said. "He would be a friend, not a dad, at that point and that's heartbreaking."

Before making the ruling, Judge O'Malley said she took a lot of things into consideration before making a decision, including 22 letters she received by supporters of Martin calling him a good husband, father and teacher.

O'Malley allowed two mothers and one victim to speak publicly to Martin before handing down the sentence. One mother said her son thought Martin was the best teacher, but made the mistake of trusting him.

Another mother said Martin's actions inflicted damage on her son that no child should have to endure. A teenage boy also spoke to Martin and ended the speech by saying, "the only thing that makes me happy now is knowing you will rot in prison."

O'Malley said she believed the boys and was proud of them and their parents for coming forward and doing the right thing. She told Martin although he was a good teacher, she felt better knowing he would never teach again.

Many of the victim's families left the courthouse disappointed with the ruling.

"I'm not happy about the amount of time, but I am happy that [Martin] won't be able to victimize children anymore and he'll be a registered sex offender for the rest of his life," Tina Jones, a mother of two boy who accused Martin of molestation during his first trial.

In his first trial, Martin - a married father of two young daughters faced 116 counts involving 14 victims but it ended with a jury acquitting him of 21 counts and deadlocking on 92 others.

This time, the jury convicted him of the 19 counts involving seven victims but deadlocked 10-2 in favor of conviction on five other counts, Deputy District Attorney Derek Butts said.

Following the second verdict, Butts said it was difficult for the jury to accept Martin's conduct given his apparent affection for the children and his talent for teaching.

"Many individuals do not accept the sexual victimization of a child by a man who's good and spiritual because they have a hard time believing that such a person who really seems to care about children could be a child molester," Butts said.

He said it was a difficult case for the jury, but he tried to stress their fact-finding role in determining whether Martin committed the crimes he was accused of. With the more limited charges in the second trial.

Still, Martin may not be done fighting. His attorney Patrick Clancey said they are considering filing an appeal.

"I feel we have an absolutely solid appeal and this whole thing would be reversed," Clancey said. "The question becomes now, do you want to run the risk?"

"I will always stand by my husband's innocence and the fact that he is wrongly convicted," Jennifer Martin added. "He had no sexual intent with these kids. He loved these kids and wanted to see them succeed."

Martin could be eligible for parole in about nine years.