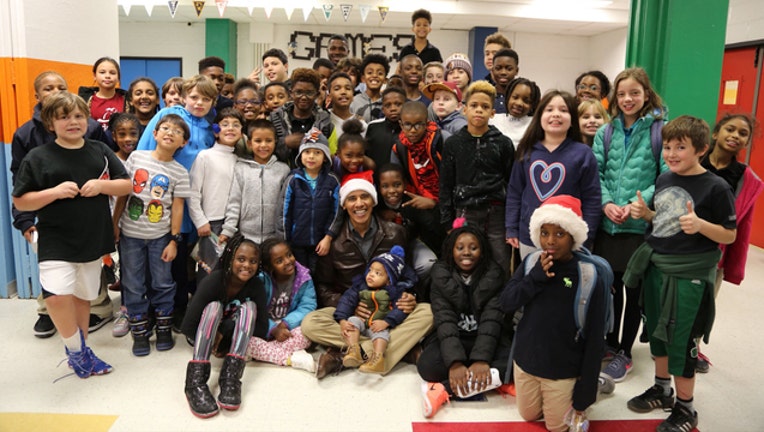 WASHINGTON - Former President Barack Obama surprised a group of youngsters at a Boys and Girls Club in Washington D.C.

Wearing a Santa hat and spreading the holiday cheer, Obama stopped by the Jelleff Club, a branch of the Boys and Girls Clubs of Greater Washington, on Thursday.

The former president was seen with a bag of gifts as he met with about 50 middle school students along with staff members for about a half an hour, according to the Washington Post.

Obama posted a group photo with the kids on his Twitter account while his communications director Katie Hill also posted a video of the joyful surprise visit.