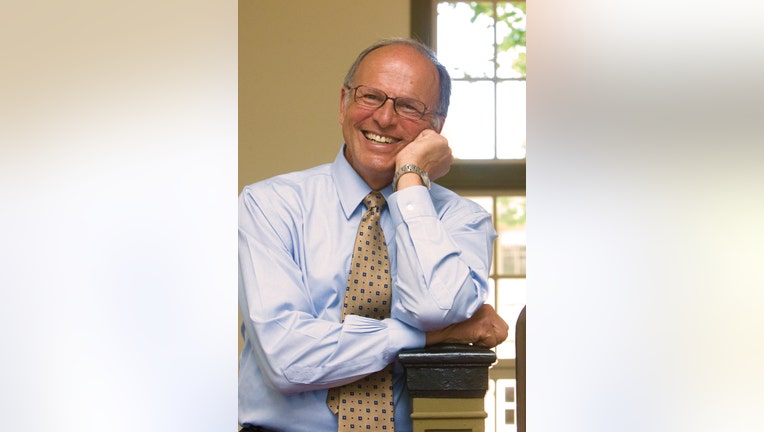 OAKLAND, Calif. - The former president of UCSF Benioff Children's Hospital in Oakland, remembered as an "ardent supporter of children's health" and a leading pioneer in sickle cell research and advocacy, has died.

Dr. Bertram Lubin died Sunday surrounded by his family, the hospital said. He was 81.

"Bert’s stellar career spanned fifty years in advancing the health and wellbeing of children," Mark R. Laret, president and chief executive officer of UCSF Health, said in a statement. "His work as a physician, researcher, hospital leader and philanthropist had a profound impact on countless children and adults. His tireless pursuit in helping disadvantaged children in the East Bay touched both his professional and personal life."

The hospital said he was instrumental in many breakthroughs, particularly in blood diseases that disproportionately affect minorities, most notably sickle cell disease, which predominantly affects African Americans and Latinos from Central and South America.

Lubin's advocacy for conducting sickle cell screening at birth led to California requiring such screening routinely for all newborns. Today, similar policies have been adopted in all U.S. states, as well as Puerto Rico and the U.S. Virgin Islands, the hospital said.

The hospital said that Lubin had always been committed to the health outcomes of vulnerable populations, as seen in his longtime commitment to his patients with sickle cell anemia and his recent dedication to immigrant health access and care. Three years ago, however, Oakland Magazine noted that the fate of sickle cell research at Children's was unclear.

"[I hope that I will be remembered] as somebody who cared about the underserved and as somebody who cared about everyone that works here," Lubin said upon his retirement in 2018. "I know the telephone operators and housekeepers – they all know me and ask how I’m doing. It’s spiritual for me to walk in the door and have people really care about me. That makes me tick. It’s who I am. I want to be remembered as someone who was proud to be part of this family."

The hospital said Lubin loved working at Oakland Children’s Hospital, where he was on a first-name basis not only with the medical staff, but also with the nurses, cafeteria employees, cleaning staff and security.

"Bert exuded empathy, understanding and concern for all children, families and his community," said Shahan Soghikian, chairman of the Board of Directors, UCSF Benioff Children’s Hospitals. "He was a rare individual who combined his passion for healing, intellectual curiosity for new cures, and hospital leadership with ease. We are honored to have worked alongside him and are proud to carry his mission forward."

In 2009, Lubin was chosen to be President and CEO of Children’s Hospital Oakland, becoming the first pediatrician to serve as a CEO of a children’s hospital in California.

Lubin grew up in Bellevue, Pa., a small town outside of Pittsburgh. He often spoke about his parents’ fruit and vegetable market, where he worked from a very young age. He completed medical school at the University of Pittsburgh and conducted a pediatric residency at Children’s Hospital of Philadelphia.

Drafted into the Army, Lubin served in Vietnam as a physician in a provincial health program. When he returned home, he conducted a hematology/oncology fellowship at Boston Children’s Hospital, then returned to CHOP, at the University of Pennsylvania, to become director of the Hematology Laboratory and an assistant professor of pediatrics.

In addition to playing and listening to jazz, Lubin was an avid tennis player who played on his college team and continued to play as long as he could. He found great joy in watching the Warriors recent championships.