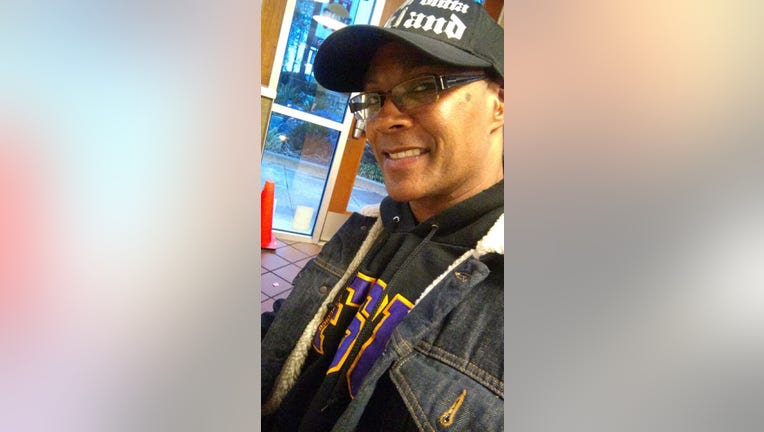 Rudy Howell is the first formerly incarcerated person to sit on the Oakland Police Commission.

OAKLAND, Calif. - A formerly incarcerated man has been selected to sit on the Oakland Police Commission, the third such appointment of its kind.

Rudy Howell, 53, now replaces outgoing commissioner Jose Dorado and will join six other members on the civilian committee, which is vested with the power of overseeing the police department's policies and practices to make sure it meets the national standards of constitutional policing. The commission can also determine what police misconduct to investigate and recommend discipline.

"I think he has some unique experiences and ‘second chance’ successes which will be extremely informative as we move forward," Commission Chair Regina Jackson said.

"My initial motivation was just trying to be involved in the community," Howell said. "I just wanted to be able to explain my position as somebody impacted by a lot of these laws and policies that seem to really target minority communities. A lot of times, people who create policies don't know how they impact people. They're not really affected by certain policies because they're somewhat removed from the situations they're making the rules for."

Howell was born in Los Angeles, but has lived behind bars all over the United States after being sentenced to 25 years on drug conspiracy charges during the height of the nation's "war on drugs."

"It was a soul crushing experience for a 23 year old kid," Howell explained, saying that his time in prison helped shape and change him.

He is now an "impact coach" at Rubicon Programs in Richmond, where he helps other formerly incarcerated people re-enter society, specifically focused on getting them into college.  He coaches, mentors and motivates these students on the academic road to a career that will help increase their earning potential in an effort to eliminate poverty in the East Bay.

In an interview, Howell said that education is crucial.

While he was incarcerated, Howell received his A.A. in business administration from Lassen College and was accepted into San Francisco State University, where he he ended up getting his bachelors degree in criminal justice in 2016.

It took him 17 years to complete his education. Because San Francisco State was the only school to accept him, Howell said that's why he chose to land to live in the Bay Area.

Jason Bell, his former San Francisco State criminal justice professor who also used to head up Project Rebound, called Howell a "dedicated student" who has a lot of family support.

Howell came to his classes fresh out of prison and Bell said he watched him mature as well as become more relaxed around strangers.

"College had a lot to do with that," Bell said.

Despite his success in college, Howell acknowledged that studying the justice system is not a substitute for life experience.

"No book will teach any criminal justice major the impact of these policies," Howell said. "I think I'm able to articulate the impact of certain policies that are in place. Let's revise those to make it more equitable for everybody in the community."

He also emphasized that he comes to the table with an open mind. And has no grudge against law enforcement.

In filling out his application to be commissioner, Howell said that his "limited contact and experience with the Oakland Police Department has been friendly, so far."

He said he has reported stolen cars to the police, which have been left abandoned where he lives and those interactions have been "friendly and professional."

His experiences with other law enforcement agencies, from the DEA to federal marshals, has ranged from "bad to good," he answered.

And while there were "hard lines" drawn between correctional officers and the convicted in the 1980s and 1990s, Howell said he forged many relationships and earned respect with authorities while serving such a long sentence. He was released from prison in 2013.

In a statement, the Oakland Police Department said that "everyone should have a voice and a seat at the table. We hope that people are open, fair, and willing to be objective. We believe that the police commission's selection committee appointed Mr. Howell because he was the most suitable candidate."

And the police added that they look forward to working "collaboratively with Mr. Howell and the other police commissioners."

What he'd like to focus on as a commissioner is making sure Oakland police officers "get to know their community."

In terms of himself, Howell said that he is the son of Caribbean immigrants: His mom was born in Trinidad of Indian descent and his father was born in Barbados of African descent.

When he's not working or serving on commissions, Howell said he loves learning, fitness and riding motorcycles.

He thinks it's important that police would know that about him, as understanding nuances of someone's background can make for better police-community relations.

And that's something Howell thinks police need to work on.

"They have  tough job," Howell said. "But if they live in Orinda and not in Oakland, all they want to do is go home at the end of the night to their families. That means it will be a lot easier to pull the trigger and ask questions later. So, they really need to know their community and not tear it up ‘by coming in all military.’"