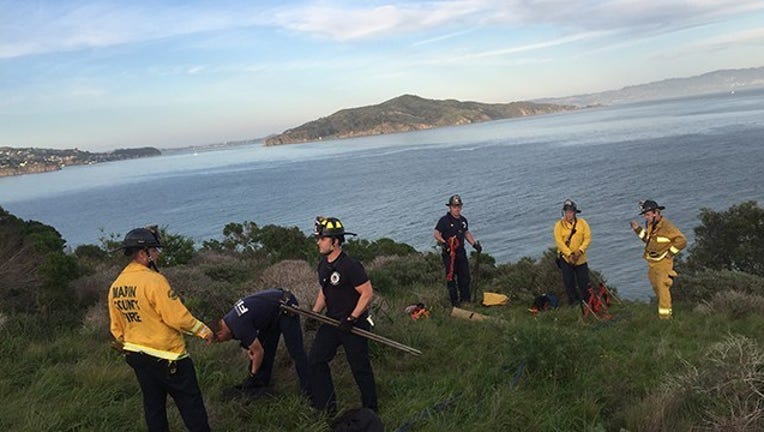 The men got stuck after they scrambled down a steep cliff near the water's edge at Fort Baker, which borders on Sausalito, around 4:30 p.m. when they were approached by park rangers, officials said.

The first man was pulled up by rangers and firefighters using rope skills and climbing gear, while the second was lifted by a long-line from the CHP helicopter.

The rescue was completed around 6:15 p.m.