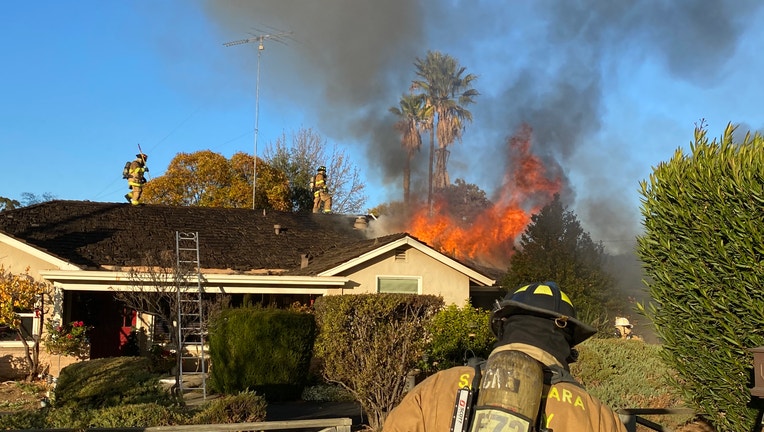 The fire in the 18000 block of Allendale Avenue, south of state Highway 85 and west of Quito Road, was reported at 3:21 p.m. Sunday, and firefighters arrived to see flames shooting through the roof, said Luisa Rapport, a fire department spokeswoman.

The fire was under control by 4:15 p.m., Rapport said, but firefighters expect to be on scene for a few more hours Sunday night.

Four people in the house had gotten out before firefighters arrived, and were not injured. One of the 40 firefighters suffered a minor injury, was treated and resumed fighting the fire, Rapport said.

The cause of the fire remained under investigation late Sunday.

Rapport said the intersection of Allendale Avenue and Camino Barco will be closed for several more hours as firefighters finish their work, Rapport said.