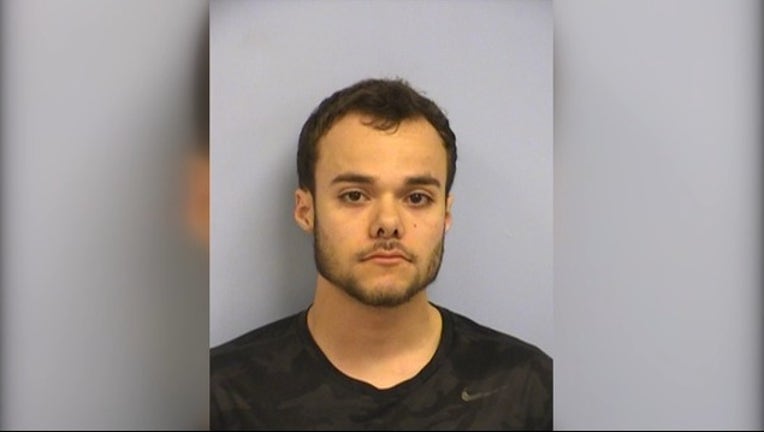 Christian Kelling, 21, was arrested and charged with murder for the fatal shooting of a 17-year-old San Ramon high school student. Photo: Fremont police

FREMONT, Calif. (BCN) - A Fremont man has been arrested and charged with murder for the fatal shooting of a 17-year-old San Ramon high school student in a marijuana deal gone wrong in Fremont two weeks ago, police said today.

Christian Kelling, 21, was selling marijuana to Damani Chadly and Chadly's 19-year-old friend in the 34000 block of Torrington Court in Fremont's Northgate neighborhood shortly after 11:15 p.m. on Dec. 4 when a dispute occurred that prompted Kelling to fire several rounds into the vehicle that Chadly and his friend were traveling in, according to Fremont police Lt. Mike Tegner.

Chadly and his friend were struck multiple times and Chadly was pronounced dead at the scene at 11:35 p.m. that night, police said. Chadly's 19-year-old friend was transported to a hospital to be treated for his injuries but was later released.

Marijuana packaged for sales was located during a search of the victims' vehicle, police said.

Tegner said a search of Fremont's community cameras revealed that about eight minutes after the shooting, a 2013 Honda Civic associated with Kelling was captured traveling north on Fremont Boulevard at Enea Court, which he said is the most direct route from the shooting scene to the nearest freeway.

After collecting evidence, conducting witness interviews and continuing to investigate the case, detectives developed probable cause to believe Kelling was the primary suspect in the shooting, Tegner said.

A no-bail warrant for the arrest of Kelling on charges of murder and attempted murder was signed by a judge and he was arrested by a U.S. Marshals team at a home in Pflugerville, Texas, at about 5:30 p.m. on Dec. 12.

During a search of the home, investigators located a loaded semi-automatic firearm, additional magazines, a sound suppressor, ammunition, a large quantity of cash and suspected marijuana, according to Tegner.

Detectives learned that Kelling had arrived at the residence unannounced two days after the shooting and that he had been making plans to flee the country, Tegner said.

When authorities talked to the home's residents, they denied any knowledge or ownership of the items that were found there, according to Tegner.

The Alameda County District Attorney's Office on Tuesday charged Kelling with murder and attempted murder. Tegner said Kelling is expected to be transported to Alameda County soon to be arraigned on those charges.