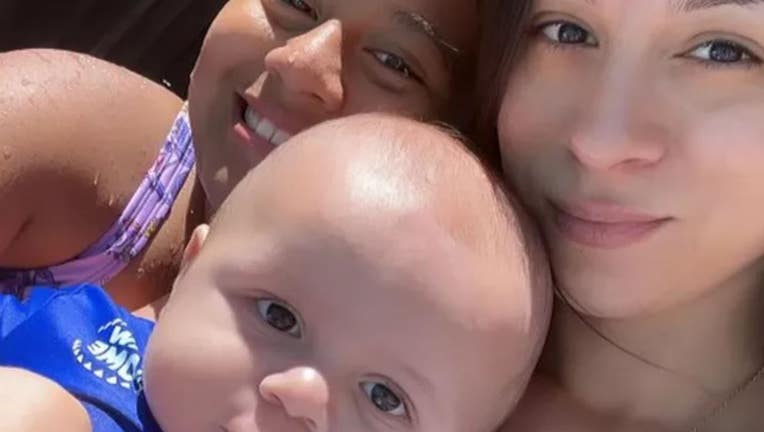 Michelle Gonzales and her two children. Photo from Valerie Montalbo.

MODESTO, Calif. - Friends of Michelle Gonzales, the Modesto mother killed on Tuesday, have vowed to protect her two kids.

The 29-year-old was allegedly shot and killed by her boyfriend, in a violent crime spree that ended with three dead, including the suspect, Raymond Calderon. San Jose police shot and killed Calderon, during a standoff on Wednesday.

"A young, beautiful soul left the world way too early," said Valerie Montalbo. "As painful as it is writing this, we ask that the community come together for her kids."

A memorial fund was set up by Montalbo to help provide for the kids, a 6-month-old baby boy named Raymond, and an older daughter.

The victim's aunt said her niece had concerns about the relationship with her son's father due to verbal abuse. However, the woman never reported those concerns to police.

"Rest in peace Michelle," said Montalbo. "We love you so much and will keep you forever in our hearts. We will do everything possible to protect your babies."