With the internet down, death certificates couldn’t be signed immediately. Cremations had to be rescheduled. Churches were forced to shut their doors.

But because his funeral was scheduled during what turned out to be a Pacific Gas and Electric power outage – and the septic tank went out – Poole’s family and friends were relocated to a private chapel 10 miles away in Redding, Shasta County. That chapel accommodated the family’s basic needs. But the service was not what they had hoped for. Poole’s official veteran’s ceremony was rescheduled eight days later.

“There was no gun salute,” said his ex-wife, Kimberly Lack. “And it’s kind of a bummer. All his Marine buddies weren’t there. They can’t fly in twice.”

The PG&E blackout ended up shedding a light on this simple, yet largely overlooked,  fact: Power outages don’t merely affect the living.

Without power during the Pacific Gas and Electric outages mortuaries discovered they wouldn't have a way to keep bodies properly preserved. Going forward many are considering buying permanent generators.

Poole’s last-minute funeral arrangements are just one of the myriad of unfortunate circumstances that loved ones, mortuaries and morgues were forced to grapple with when PG&E cut power to 2 million customers for roughly five days last month. The PG&E blackout ended up shedding a light on this simple, yet largely overlooked, fact: Power outages don’t merely affect the living.

The utility made the unprecedented decision to de-energize its equipment during high winds, hoping its transmission lines and jumper cables wouldn’t topple and spark any more fires to avoid a situation like last year, when 85 people died and 18,000 structures were destroyed in the Camp Fire.

But the outages had ripple effects throughout many industries, hitting especially hard at several North Bay funeral homes, where bodies must be kept refrigerated at precisely 41 degrees. Several bodies had to be transported to spots where the electricity hadn’t been zapped or where high-power generators were up and running.

Other death-related hiccups surfaced, too: With the internet down, death certificates couldn’t be signed immediately. Cremations had to be rescheduled. Churches were forced to shut their doors.

“I’ve never experienced anything like this,” said Mark Mulholland, the funeral home manager for Valley Memorial Park Cemetery & Funeral Home in Novato, where the power went out.

His staff had scurried to Vallejo to buy a specialized 7500-watt generator and 30-amp outlets. Then, his grounds and cemetery managers had to come in every four hours to fill the generator up with gas. 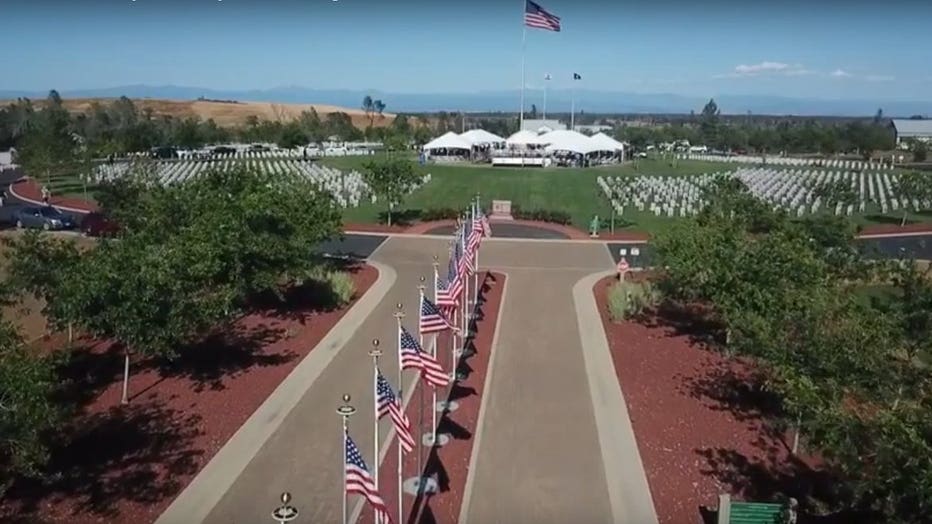 The Northern California Veteran's Cemetery in Igo, Calif. had no working septic tanks during the PG&E blackouts. (CalVet)

“You have to have constant refrigeration,” Mulholland said. “For lack of better words, it’s like having spoiled vegetables if you don’t keep them cold. Every funeral home now needs a generator. Nobody ever thought this would be a problem. But this is the new normal.”

Mulholland compared what he does to a hospital. If there's a power outage, he said, the patients must be moved. "And these are my patients," he said.

As for the cost? “I haven’t even seen the bill,” Mulholland said.

In all, his company was able to accommodate about 10 “guest cases” at his facility.

“It was a huge, huge challenge,” Mulholland said.

You have to have constant refrigeration. For lack of better words, it’s like having spoiled vegetables if you don’t keep them cold. 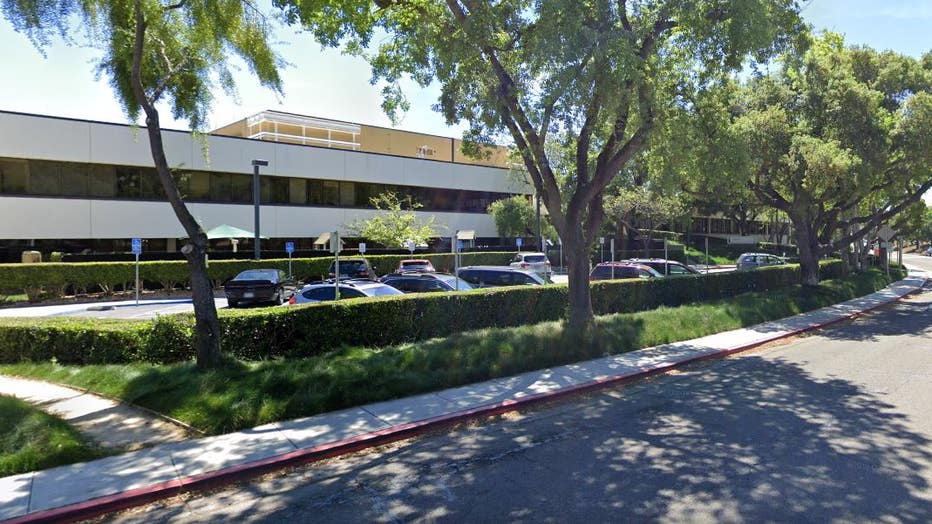 Marin County has no brick-and-mortar morgue. During the blackout, officials checked with other agencies to see if they could refrigerate any bodies, just in case.

It was also challenging for James Gotelli, a partner at Parent-Sorensen Mortuary in Sebastopol, where the power went out. Fortunately, Gotelli the funeral home also has a site in Petaluma, where the power stayed on. He ended up moving one body there. The power outage forced him to reschedule a few funerals and he ended up conducting one cremation for a funeral home in Windsor that had no electricty. "You can't cremate without power," he said. "It was a scramble."

Even before the power went out, Marin County Chief Deputy Coroner Roger Fielding reached out to Mulholland’s funeral home, as well as the coroner’s bureaus in Sonoma and Napa counties. He wanted to know if they had enough room for extra storage in their extra-large coolers and ample power for refrigeration.

Marin County has no brick-and-mortar morgue. So, Fielding said his bureau in San Rafael contracts with Monte’s Chapel of the Hills in San Anselmo, two miles away.

“I polled all the mortuaries, just in case we had a disaster,” Fielding said. “What did we have available?”

At the time, Fielding said Chapel of the Hills did not have a big enough generator, which was a cause for concern. They’ve now since bought one.

Deputy County Executive Officer Helene Franchi said some funeral homes in Napa County also needed refrigeration assistance and the coroner’s office started planning to accept new cases if the blackout lasted any longer, although in the end, it turned out not to be necessary.

“This is just one example of the unintended consequences,” she said. “We came up with all sorts of contingency plans. But this just came out of the blue.” 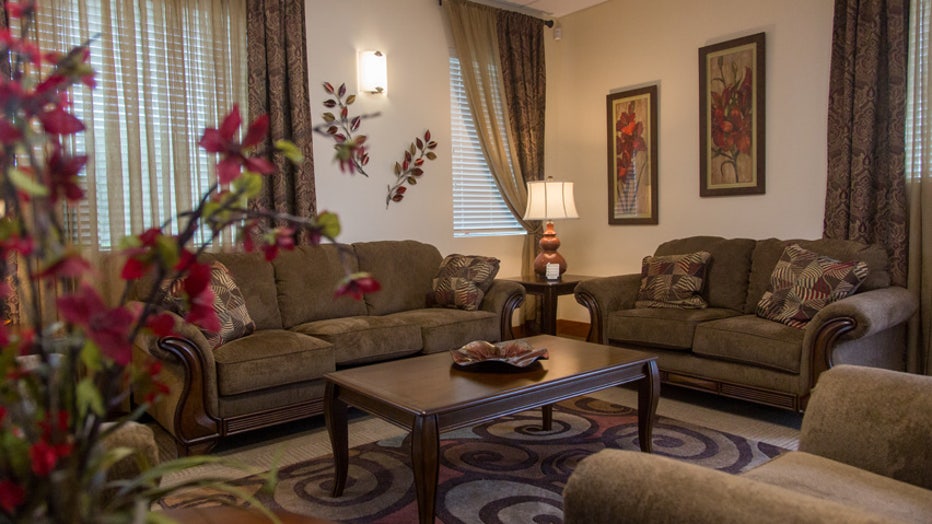 Other death-related hiccups came to light, too.

With the internet down, death certificates couldn’t be signed immediately. Cremations had to be rescheduled or moved to mortuaries with electricity. Some reception rooms were dark, leaving grieving families to make somber plans by lantern light. Churches were forced to shut their doors.

Luis Ramos, the parish secretary at Our Lady of Guadalupe in Windsor, one of the Sonoma County cities left in the dark for days, said the funeral for Ramona De Luna on Oct. 26 had to be put on hold.

“We got called to evacuate right after our morning baptisms,” Ramos said. “That was the first time since 1971 that we didn’t have a Saturday or Sunday service.”

De Luna’s family rescheduled her service a week later. It was an inconvenience and the relatives were not thrilled. But Ramos said the details, the service and sending de Luna off to a better place, all eventually took place. 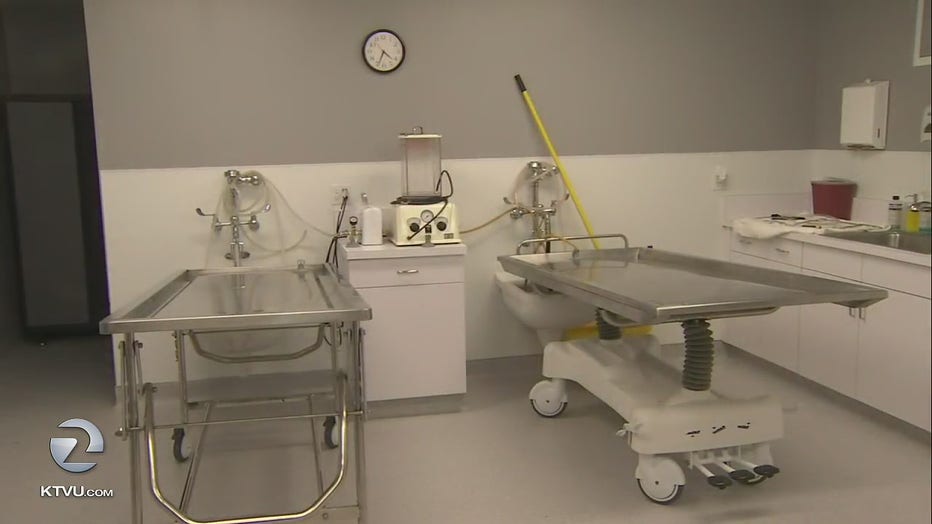 A mortuary is like a hospital, funeral manager Mark Mulholland said. "These are my patients."

Valley Memorial Park Cemetery & Funeral Home in Novato had to use lanterns during the PG&E blackout.

Cremations had to be halted during the PG&E blackout as they need gas and electricity.