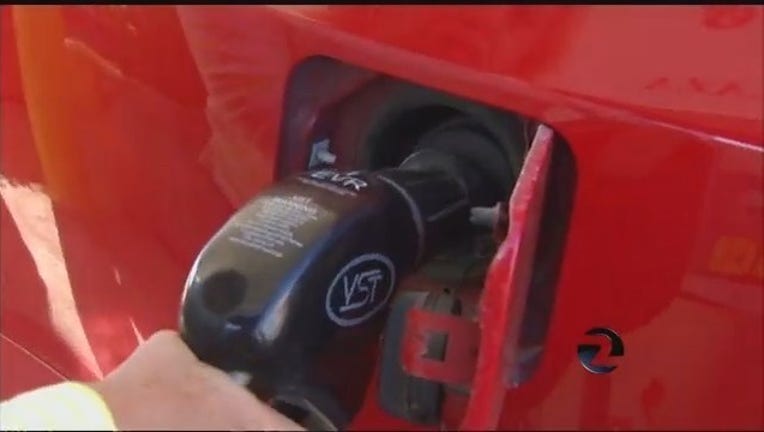 SAN FRANCISCO (KTVU and wires) – California commuters dipped deeper into their pocketbooks Monday as gas prices at the pump continued their steady rise.

Over the last week, the average retail gas prices California have surged 25 cents a gallon from $2.98 per gallon for regular on Monday to more than $3.23 per gallon over the weekend.

That's a run that saw the price of regular unleaded go up 60 cents per gallon since Jan. 30 as refineries prepare to shift to a summer blend of fuels.

In some areas of Southern California, gas station owners were forced to pass price hikes of 24 cents per gallon along to consumers on Thursday after seeing wholesale prices shoot up. Prices in Northern California lagged a day, but by Friday were also rising; an independent operator with a chain of gas stations around the San Francisco Bay area boosted prices 20 cents a gallon for regular on Friday, to $3.19.

The situation underscores the frustrating complexity of the gasoline market in California, where state environmental regulations mandate a specialized blend of fuel that isn't used anywhere else in the U.S.

Because of that, California is economically isolated and can't easily or quickly purchase fuel from outside the state in a crisis.

"Your market in California has about as much margin for error as Jennifer Lopez's Academy Awards dress," said Tom Kloza, global head of energy at the Oil Price Information Service.

"If you're not a refiner who had a problem with a refinery this month — if you're not Exxon Mobil — you have been rewarded with incredible profits this month. That's just the way the market works."

A unit of the Exxon Mobil refinery in Torrance that's critical to producing California-grade gasoline exploded on Feb. 18, causing a fire and stopping new production there while the state investigates. The blast injured four contractors and rained a fine white ash on nearby homes and cars. State air quality regulators confirmed last week that the ash was not toxic.

At the time, another Tesoro oil refinery in Martinez, in Northern California, wasn't producing oil due to labor unrest.

Refineries in a few other places have the ability to produce gasoline that would meet California's strict standards — including parts of Canada and Korea — but most refineries don't want to because it's expensive and prevents them from making other types of gasoline, he said. Also, the product would have to travel to the market, a process that could take weeks.

"It takes a while to get some significant supplies from outside," Schremp said. "It's very normal that we'd see a significant price spike."

Two state Senate committees will hold oversight hearings in late March on oil price volatility and the explosion at the Southern California refinery.

A state Senate joint committee hearing on refinery blast is also set for March 5 in Torrance.

Gas station owners, meanwhile, chafed at having to pass the costs on to consumers. The profit margin for station owners was 18.5 cents per gallon in California on Friday, a break-even or money-losing proposition for many independent retailers, said Jeff Lenard, a spokesman for the National Association of Convenience Stores.

In Torrance, station owner Frank Scotto was forced to increase his prices by 24 cents per gallon on Thursday. He hasn't seen such a spike since he went into the gas station business in 1967, he said.

"I printed out the price change and I'm framing this thing because I've never seen this kind of thing in all my years," said Scotto, who owns a Mobil and Exxon station.