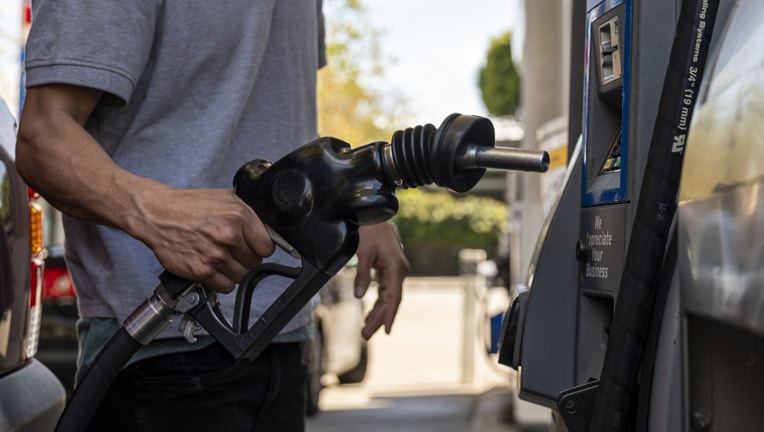 A driver returns a fuel nozzle to a gas pump at a gas station (Photographer: David Paul Morris/Bloomberg via Getty Images)

OAKLAND, Calif. - After a period of gas prices trending lower, they’re swinging back up again, as concerns rise about Hurricane Ian’s effects on oil production in the Gulf of Mexico.

Just in the past week, motorists have likely noticed the upward trend.

In California, the average for a gallon of regular unleaded stood at $5.88 on Tuesday, according to figures from AAA. That’s a spike of almost $0.43 from just a week ago and about $0.60 from a month ago.

Industry experts said the recent surge was driven mainly by higher prices here on the West Coast as well as the Midwest, where those regions have dealt with refinery issues, ranging from planned maintenance to a deadly fire at a BP facility in Ohio last week.

The prices could be even higher, according to AAA, but a decrease in domestic demand and significantly lower oil prices have helped absorb some of the impacts from the refinery problems.

"On Friday, the price of oil slipped below $80 a barrel for the first time since January, primarily due to fears of a recession-led global economic slowdown," AAA said.

But Hurricane Ian, gaining strength as it barreled toward Florida and set to hit landfall on Wednesday, could be a major factor in whether the prices keep surging, according to industry experts. 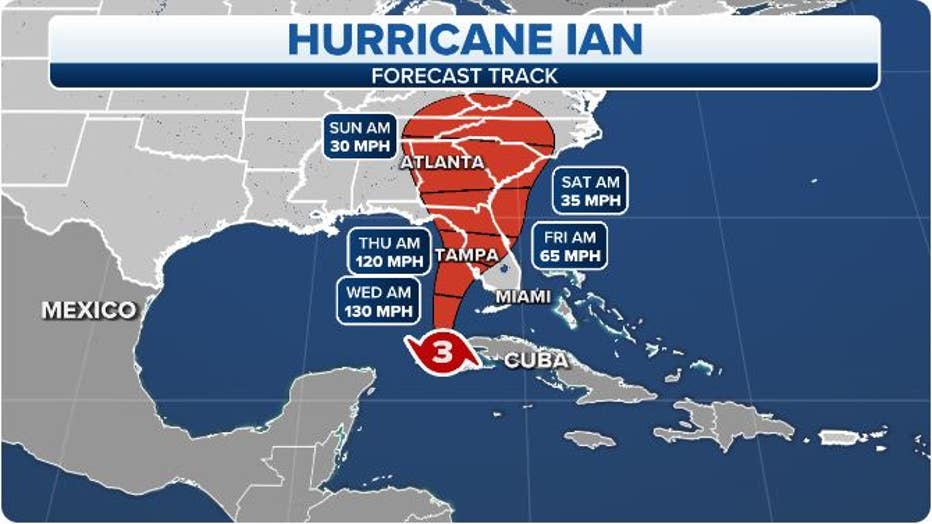 The projected path and intensity of Hurricane Ian. (FOX Weather)

In the Bay Area, where prices traditionally tend to be higher than the rest of the country, the region was seeing prices near or above the six dollar mark again.

Here’s a look at the average for a gallon of regular unleaded on Tuesday in cities around the Bay Area: