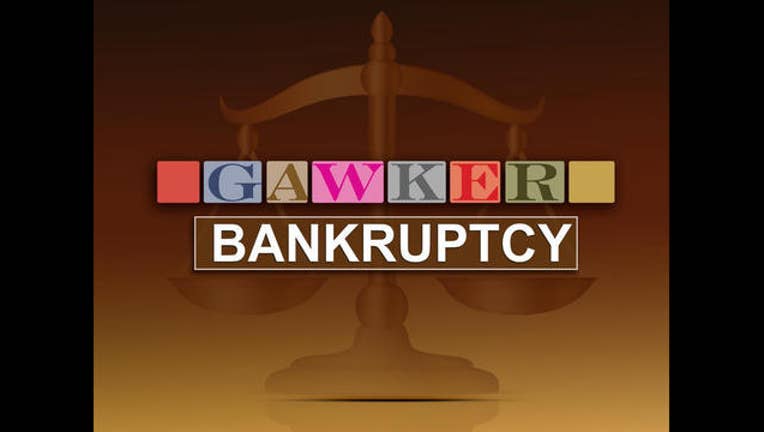 NEW YORK (AP) — Gawker Media is filing for Chapter 11 bankruptcy protection and putting itself up for sale, strained by a jury's verdict that that it must pay $140 million to pro wrestler Hulk Hogan in an invasion-of-privacy lawsuit.

The filing by the 14-year-old website follows the revelation in May that Silicon Valley billionaire Peter Thiel bankrolled Hogan's lawsuit as what he called a "deterrent" to Gawker's no-holds-barred and sometimes gonzo style of journalism. Thiel's secret role sparked anxiety over the possibility that more wealthy individuals might cow publications by covertly funding lawsuits against them.

Gawker says it plans to sell itself to publishing company Ziff Davis, although other bidders could emerge during the bankruptcy court auction. The sale will help it fund its appeal against the Hogan judgment in a Florida state court.

"We have been forced by this litigation to give up our longstanding independence," Gawker founder Nick Denton said in a statement. "With stronger backing and disentangled from litigation, (Gawker writers) can perform their vital work on more platforms and in different forms."

Gawker filed for Chapter 11 bankruptcy protection about three months after Hogan won a lawsuit against the online gossip and news publisher.

The New York publisher said in the filing that it has as much as $500 million in debt and up to $100 million in assets.

Hogan sued Gawker after it posted a video of him having sex with a friend's wife. Gawker said the footage was newsworthy information about a public figure, and protected by the First Amendment. Hogan still won a judgment for $115 million in compensatory damages plus an added $25.1 million in punitive damages.

Thiel, who co-founded PayPal and was an early investor in Facebook, has been a frequent target of Gawker writers, who have written unflattering pieces about his political beliefs and utopian goals. One 2007 post outed Thiel as gay. A Gawker-owned site, Valleywag, ran a number of stories skewering Facebook, which provided a big chunk of Thiel's estimated $2.7 billion fortune.

A spokesman for Thiel said he had no comment on Friday.

Media analyst Dean Starkman, a fellow at the Center for Media, Data and Society at the Central European University in Budapest, said the bankruptcy was an "ominous development" for journalism.

"You don't want billionaires to be any final arbiter of press fairness — that's just not democracy," he said. "While many of us disagreed with Gawker's news judgment in this case, and many are ambivalent about Gawker itself, the issue here was a billionaire's use and potential abuse of the legal process to drain a journalism outlet's resources."

In the filing, Hogan, whose real name is Terry Bollea, was listed as Gawker's biggest creditor. One of his lawyers, David Houston, said in a statement that the wrestler and his legal team intend to pursue the judgment award and hold Gawker "accountable."

AP reporters Joseph Pisani in New York and David Fischer in Miami contributed to this report.