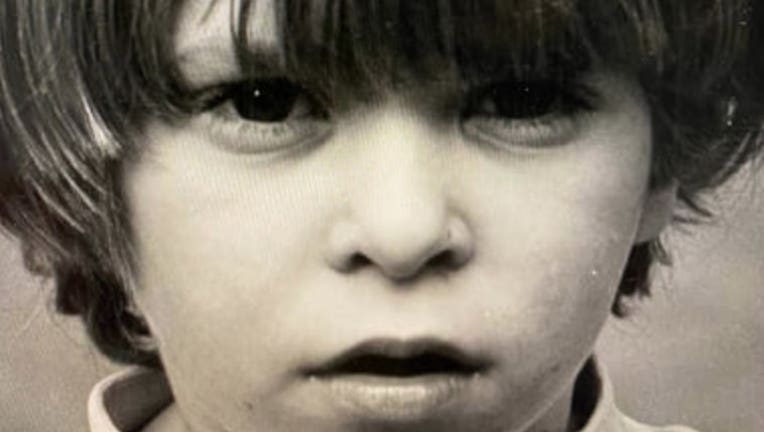 But, he never returned it and has been living with the guilt of his misstep for nearly half a century.

That is until Monday, when a Good Samaritan named Kenny Newell paid the $58 to clear Goodman's name.

Newell is actually an employee of Goodman, CEO of PeopleFun, a mobile game development company in the Dallas-Fort Worth area, and wanted to do something fun for him for Christmas.

"Obviously, it was almost 50 years ago and (the book) has been lost to time, but I was wanting to pay the late fee or replacement cost for the book as a joke and giving him a confirmation receipt for Christmas," Newell said in a message to the library. 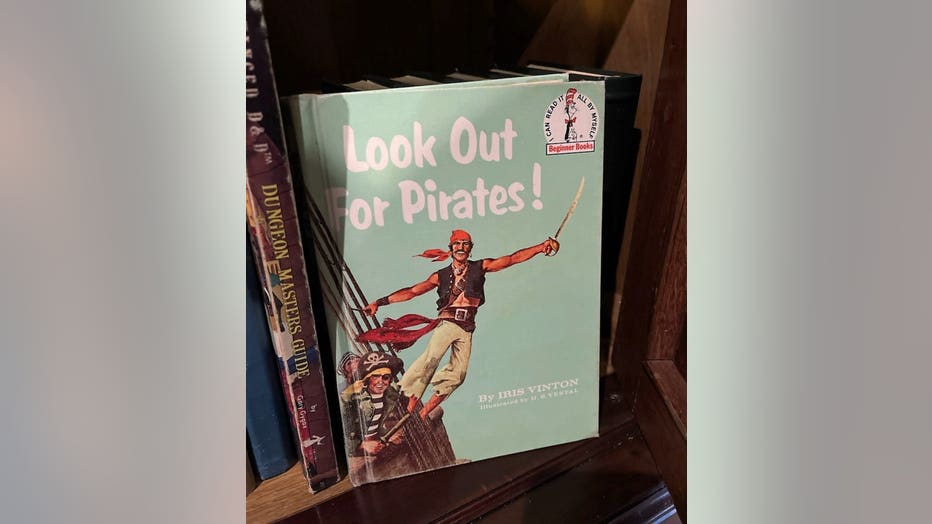 Goodman checked out the book, "Look Out for Pirates," when he was a first grader at Corte Madera's Neil Cummins Elementary School.

"I really liked the book. It's a great read for kids," Goodman told Marin library officials, who calculated the fine by charging a $1-per-year late fee and a $10 book-replacement cost based on early 1970s dollars.

While the library no longer charges late fees, officials said the old fee-structure would have resulted in a fine of $1,786.50 or 1 cent for every one of the 17,865 days the book was past due. 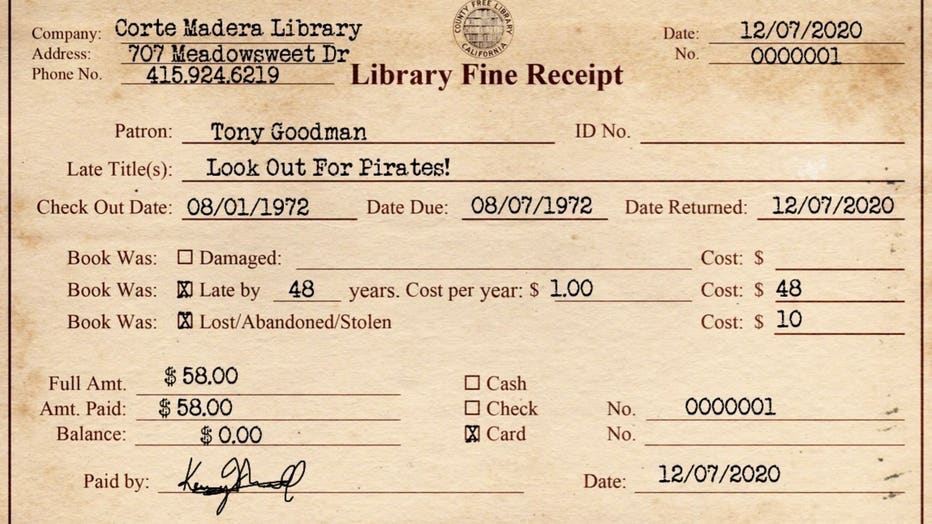 "Although, we would've capped the final (bill) at the original cost of the book, which was probably no more than $5 or $10 back in 1971," said Stephanie Hartwell-Mandella, the Corte Madera library branch manager.

Marin County Free Library Director Sara Jones said that she would like to see the good deed go viral so it inspires other people to match or one-up Newell's kind and funny gesture.

"In a way, we hope hundreds of people find overdue books, become overcome with guilt, and get inspired to make peace with their local libraries," Jones said.

"It's critical right now to support reading and education at a time when stay-at-home orders are keeping people inside and curled up with books. And it's also good for karma."

Newell presented Goodman with a receipt for the fine on Friday.

"During a year when smiles are in short supply and tension has been high for many, it was fun to stop and do something silly," Newell told library officials. "Hopefully, it won't count against me on my next employee quarterly review."