Firefighters are expected to work through the night to contain and control the Old Fire that has prompted evacuations and threatened structures earlier in the day.

Officials said there is a moderate threat to life or property due to what has been dubbed the Old Fire at 1300 Old Soda Springs Road. Evacuations are now ordered for all of Soda Canyon Road. Firefighters appeared to be gaining the upper hand as the night wore on.

Officials estimated the fire to be 200 acres at around 6 p.m. By the time nightfall arrived, Cal Fire's Sonoma/Lake/Napa Unit said the fire was "mapped" at 570 acres and that the fire was much less active than earlier. They said firefighters are expected to work through the night to contain and control the fire.

Flames were first reported around 3:30 p.m. The fire significantly grew by 5 p.m. with acreage continuing to expand in the evening hours. Officials said there have been no injuries or damaged properties so far.

A viewer sent video to KTVU of a vineyard with ominous smoke billowing in the background. SkyFox flew to the scene to get a look at the damage.

Napa resident and former Fox reporter Adam Housley, who was on the ground, described a strong air assault from his vantage point at Big Ranch Road. He described three planes using fire retardant and ongoing mitigation efforts including tree trimming, that have been in place in the area since it is prone to fire danger.

The typical fire season for Northern California doesn't get underway until the months of August, September and October, but the season in recent years has extended into spring months, and we even have seen winter fire activity due to California's drought.

There are four zones affected by evacuations. Napa County provides a Know Your Zone evacuation map.

An evacuation center is located at Crosswalk Community Church at 2590 First Street Napa, CA 94558.  Napa County's Office of Emergency Services said evacuees in need of food, water, or charging stations are welcome to utilize this Napa County evacuation center. Accommodations for overnight shelter may be announced, if need be.

Napa Community Animal Response Team has been activated. For livestock information you can call 707-732-1555. A livestock shelter location has been set up at 1132 El Centro Ave. - Valley Brook Equestrian Center. You have to call the number prior to arrival.

The fire has prompted Bay Area Air Quality Management District to issue an air quality advisory for wildfire smoke coming from the Old Fire. The advisory is for Tuesday and Wednesday. Weather maps show the smoke has so far traveled as far as Vallejo.

Smoky, hazy skies may be visible and the smell of smoke may be present in the North Bay through Wednesday. Residents are advised to stay indoors with their windows and doors closed until smoke levels subside. 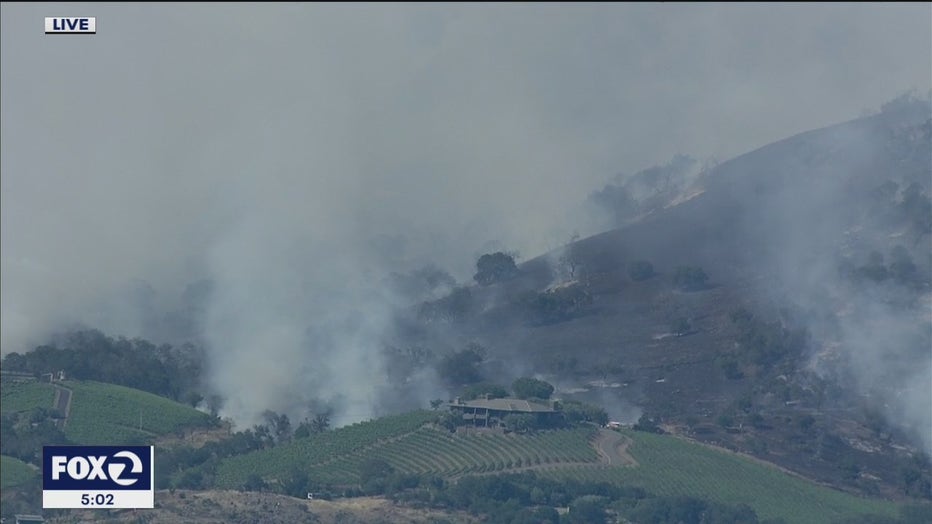 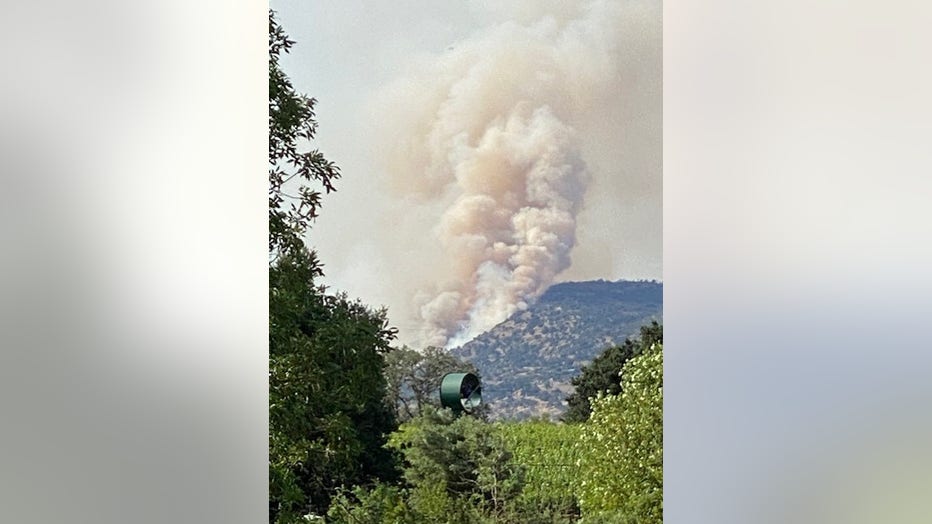