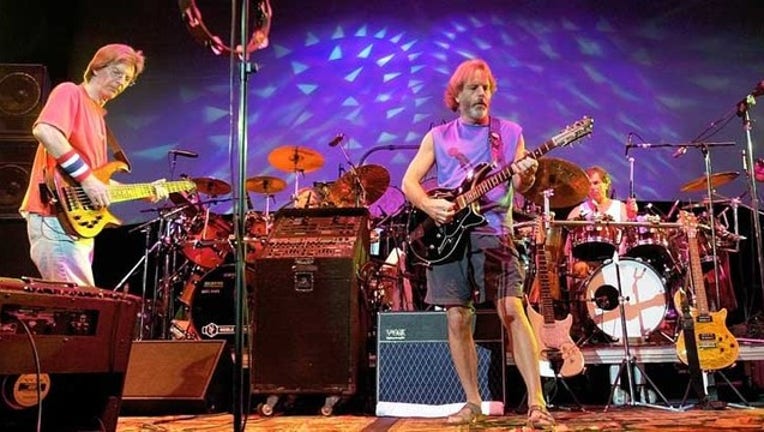 Drummers Mickey Hart and Bill Kreutzmann, bassist Phil Lesh and guitarist Bob Weir will be playing the shows in Santa Clara on June 27th and 28th as part of the "Fare Thee Well: Celebrating 50 Years of Grateful Dead" run.

In a letter to their fans, the Bay Area group said it couldn't say farewell without playing for the local fans.

"Since we made the decision to go back to Chicago to say our final goodbye, it has become clear to us that we first need to return to our beginnings, where we first said hello – to each other and to all of you," the band wrote.

Along with the three shows at Chicago's Soldier Field on July 3-5, the concerts will reportedly mark the last-ever performances by the original members of the Grateful Dead together. The band will be joined by Phish guitarist Trey Anastasio, keyboard player Jeff Chimenti and pianist Bruce Hornsby. They will perform two sets of music each night.

The Dead will release 65,000 tickets for each Santa Clara show. For more information on buying tickets and to see the announcement, please visit the band's officials website.

The band said it would use a special ticketing system to avoid what was happening in Chicago.

"Working with our partners, we are using an online ticketing platform for the Levi's shows that will help ensure that the tickets for these shows will get into the right hands, the hands of our true fans," the band wrote.