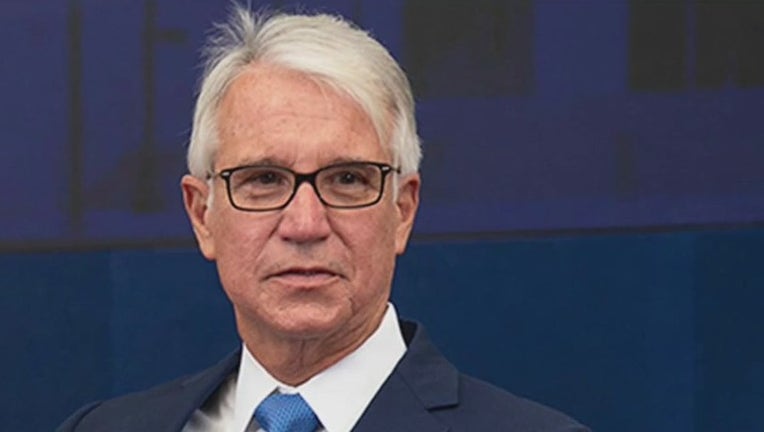 LOS ANGELES - Los Angeles County's progressive prosecutor could be tossed from office like his counterpart in San Francisco after opponents on Wednesday said they would submit more than enough signatures to qualify for an election to recall District Attorney George Gascon, who they say is soft on crime.

The campaign spent about $8 million to gather 717,000 signatures they planned to deliver by truck to the Los Angeles Registrar for verification. Even if 20% of signatures are invalidated, which has been typical in California recall efforts, the number would still exceed the required 567,000. That figure reflects 10% of the registered voters in the nation's most populated county.

Tim Lineberger, a spokesman for the recall campaign, said the signature gathering was the hardest part of the campaign.

"I wouldn't say it's in the bag or we'll be complacent, but as far as public opinion is concerned, George Gascon is toast," he said.

If certified, the election would be the latest in a string of recall elections in California that have mostly targeted progressives in a state known for its liberal streak. Democratic Gov. Gavin Newsom was one of the few survivors, winning by a large margin in September.

Gascon, a former San Francisco police chief who then became DA in that city, won office in Los Angeles in November 2020 as part of a wave of progressive prosecutors elected nationwide.

He ran on a criminal justice reform platform after a summer of unrest following the police killing of George Floyd in Minneapolis.

Gascon vowed not to seek the death penalty, not to prosecute juveniles as adults or seek cash bail. He said he'd be tougher than his predecessor, Jackie Lacey, the first woman and Black person to run the office, when it came to prosecuting police who killed someone in the line of duty.

But Gascon immediately ran into problems running the nation's largest local prosecutor's office when he told deputies they shouldn't seek longer prison sentences for repeat felons and those carrying guns, among many other changes that were seen as soft on crime. They sued and won a court order to reverse some of his policies.

An effort to recall him began almost immediately but quickly sputtered when they didn't gather enough signatures. The most recent effort, however, has been far more successful.

Historically, about 20% of signatures for recall campaigns are thrown out because someone who signed the petition wasn't registered to vote or provided an incorrect address, said Joshua Spivak, a Senior Research Fellow at Berkeley Law's California Constitution Center and author of a book on recall elections. That means they would need about 680,000 signatures to have the cushion needed.

If it does qualify for the ballot, history is on the side of the recall supporters, Spivak said. About 60% of recalls that made the ballot nationwide have succeeded.

Gascon criticized the signature-gathering process, in which people are paid as much as $15 for each signature they collect. He said some of those people use sleazy tactics to get voters to sign the petition even when they know little about the people they're trying to push out of office.

Gascon said he was approached by a person at Costco collecting signatures for his ouster who asked if he wanted to get the rapists out of his neighborhood. The man, who said he was from Florida, didn't realize who Gascon was.

"It's a very mercenary approach," Gascon said. "Most people think that they're all volunteers who care about their community and there's a number of those, don't get me wrong. But the bulk of signatures are being collected by ways that are extremely misleading."

Gascon said he was confident he would survive any recall attempt.

"Much like we saw what happened with the governor's race," he said. "They got the signatures to put him on the ballot and then they lost miserably and I fully suspect that that will be the same thing here."