BEREA, Ohio - An actor at a haunted house in Ohio who was carrying a real "Bowie-style knife" as a prop accidentally stabbed an 11-year-old boy, according to police.

The incident was reported just after 8 p.m. ET on Sept. 18 at the 7 Floors of Hell Haunted House, located at the Cuyahoga County Fairgrounds in Berea, Ohio.

The boy and a family friend were approached outside the haunted house by one of the roaming actors looking to scare them, according to a police report. The actor, a 22-year-old man from Middleburg Heights, Ohio, was carrying the large fixed-blade knife as a prop.

The haunted house actor "scraped the knife on the ground in front of them and began to stab at the ground" near the boy’s feet, the police report states. The knife went through the boy’s red Croc-style shoe and cut his left toe.

A photo in the police report shows the toe bloodied from the cut. 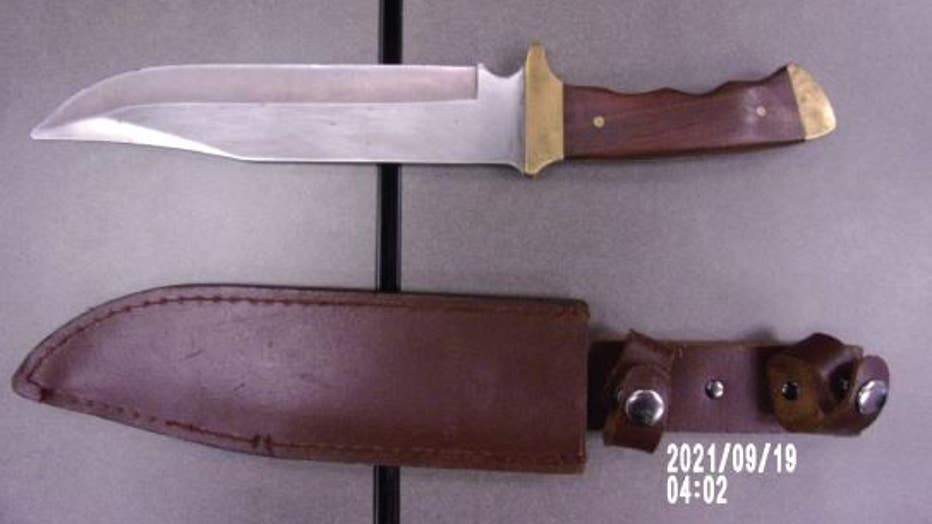 The Bowie-style knife is pictured in an image provided by Berea police in Ohio. (Photo credit: Berea Police Department)

The knife was confiscated from the actor, who told police that he "brought it from home and used it instead of using the provided prop knives from the haunted houses," according to the report. He also "admitted using the knife was not a good idea and that the injury was an accident and he had no intention of hurting anyone with it."

7 Floors of Hell Haunted House, which is located about 15 miles southwest of Cleveland, did not immediately respond to a request for comment.