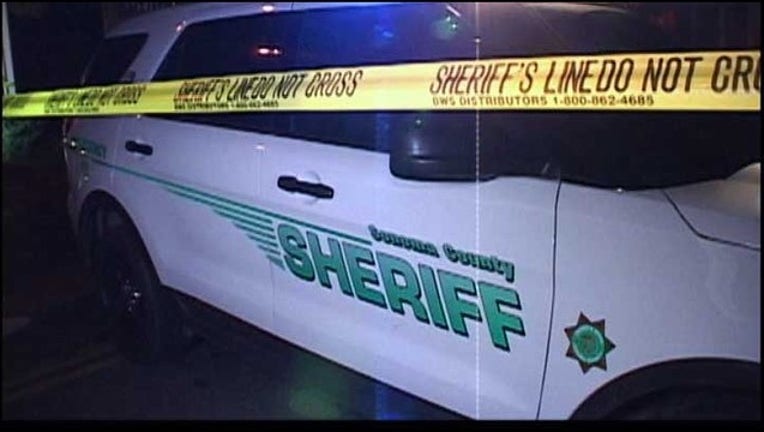 The driver, Karen Janks, 46, is a transient who is not known to frequent the Santa Rosa area or Sonoma County, police Lt. Rainer Navarro said.

Deputies responded around 11:45 p.m. to a report of a vehicle driving backward and the wrong way, south in the northbound lanes of U.S. Highway 101 in Windsor, Navarro said. The car made a U-turn and exited the highway in Windsor.

A deputy who spotted the 1996 Infiniti G20 4-door driving recklessly around 11:50 p.m. tried to stop it on Old Redwood Highway near Starr Road, Navarro said.

The Infiniti sped up and drove south on Highway 101 as fast as 100 mph, at one point without its lights on, Navarro said.

Deputies ordered the woman driving to surrender, but she allegedly accelerated in reverse and struck three deputies and a patrol vehicle behind them. Four deputies fired rounds into the vehicle striking the driver an undetermined amount of times, Navarro said.

Deputies took Janks out of the car and performed first aid until a CPR unit arrived. She was taken to Santa Rosa Memorial Hospital for treatment of her injuries.

Two deputies suffered minor injuries and a third was taken to a hospital and later released, the sheriff's office said. All four were placed on paid administrative leave.

The Santa Rosa Police Department is investigating the incident, and anyone who witnessed it is asked to call Santa Rosa police at (707) 543-3590.