Homeless navigation center along SF waterfront to open by December

A controversial homeless navigation center proposed for San Francisco's waterfront, has been cleared by the courts and could open by the end of the year, said Mayor London Breed on Monday.

SAN FRANCISCO - A controversial homeless navigation center proposed for San Francisco's waterfront, has been cleared by the courts and could open by the end of the year, said Mayor London Breed on Monday.

"With these legal challenges put to rest, we can focus on what really matters— helping people get off the streets and into shelter and care. We'll keep moving forward to get the SAFE Navigation Center open by the end of this year so that we can help hundreds of people access the services they need," Breed said in a statement.

A group called SAFE Embarcadero For All opposed the 200-bed navigation center, which is being built at the intersection of Beale and Bryant streets, and took San Francisco to court to stop the project. The group claimed that proper permits were not obtained prior to construction. 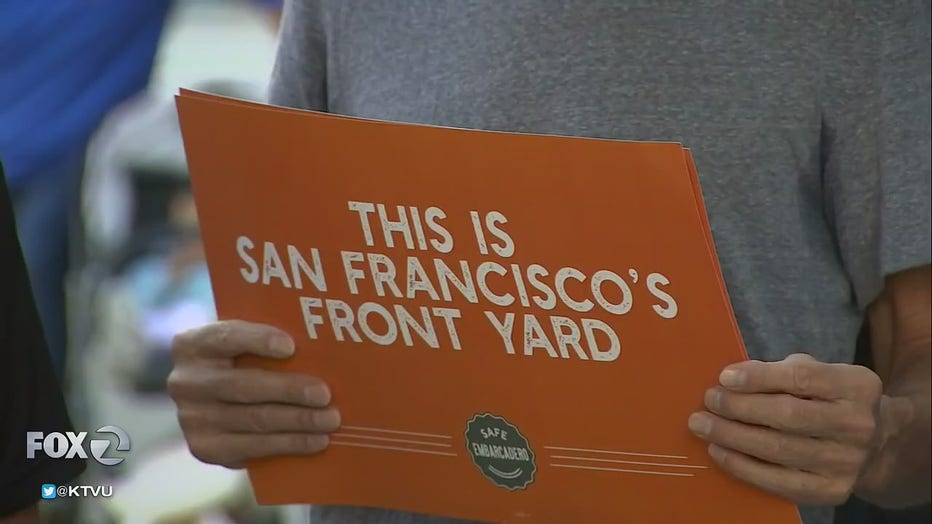 The San Francisco Port Commission and San Francisco Department of Homelessness and Supportive Housing (HSH) had agreed to allow the land to be used for a temporary shelter in April. The lease for the navigation center is for two years, but that could be extended if the number of people the shelter serves decreases the homelss population living on the street. An extension is also contingent upon whether the shelter complies with security and criminal statistic reporting mandates.

In addition, the facility will be monitored for overall cleanliness and to see that they are not blocking sidewalks and driveways, taking permanent residents into consideration.

"Our focus is on ensuring that this work can continue so we can get more people off the street and back on their feet," City Attorney Dennis Herrera said in a statement. "We've said from the beginning that this project has undergone all of the required review and all appropriate laws were followed. We're pleased the court agrees. We're looking forward to giving people a roof over their heads and a shot at a better life."

An email to Peter Prows, the attorney for SAFE Embarcadero For All, was not returned Monday. The group has 45 days to appeal the court's decision.