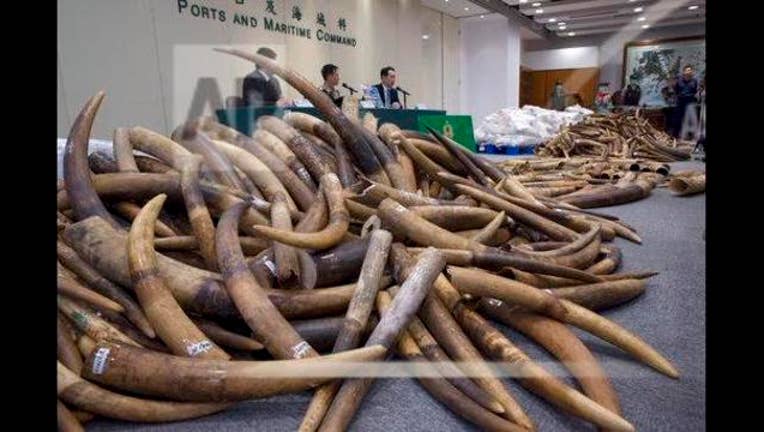 HONG KONG (AP) - Hong Kong customs officials said Thursday they have seized more than $9 million worth of ivory this week in the city's biggest haul in 30 years.

Customs officers discovered 7,200 kilograms (15,900 pounds) of elephant tusks on Tuesday in a shipment from Malaysia that had been labeled as frozen fish, the Customs and Excise Department said.

Customs officers displayed samples of the tusks piled on the floor at their offices close to some of Hong Kong's giant container ports.

The department said three people at a trading company in Hong Kong have been arrested in connection with the shipment.

But under Hong Kong's customs regulations, anyone found importing or exporting endangered species without a license or trying to smuggle such items into or out of the territory faces possible fines and imprisonment.