Thanksgiving Day only lasts one day, but the holiday’s leftovers can stretch into the following week.

The USDA says cooked leftovers should be quickly stored in shallow containers and placed in a refrigerator or freezer for rapid cooling. Consumers should only eat refrigerated leftovers for three to four days.

After that, they recommend throwing it out.

RELATED: Thanksgiving leftovers: A guide to how long your holiday favorites last

"A general rule of thumb for refrigerator storage for cooked leftovers is 4 days; raw poultry and ground meats, 1 to 2 days," the USDA said.

Food refrigerated for too long risks growing spoilage bacteria. Its unlikely to make you violently ill, but say it might make you gag. 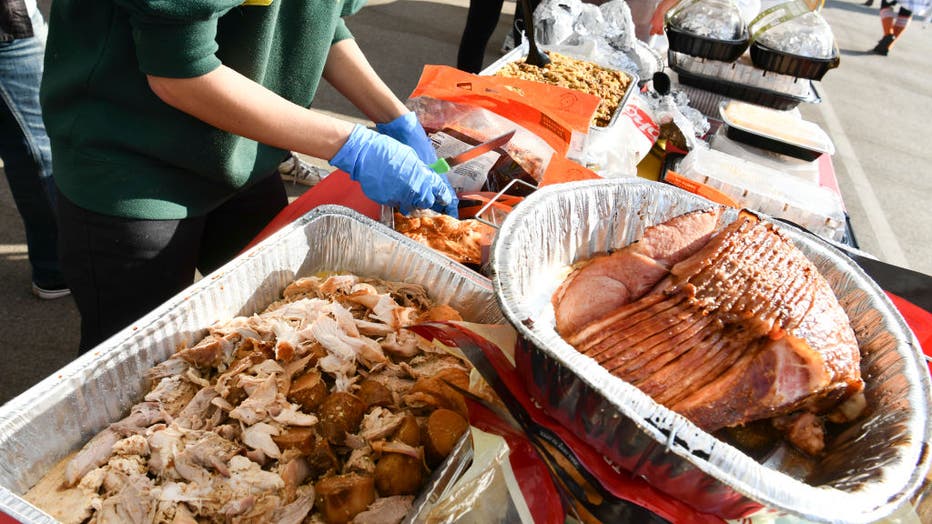 Food left out at room temperature for more than two hours should also be thrown out. And if food is left out at a temperature higher than 90 degrees Fahrenheit, it should be discarded after one hour.

Placing cooked food in the freezer drastically extends its safe-consumption period. According to the Daily Meal, here’s how long common Thanksgiving leftovers should be stored:

Apple pies last two to three days in the pantry.

If the bread is stored properly at room temperature in the pantry, it can last one to two days.